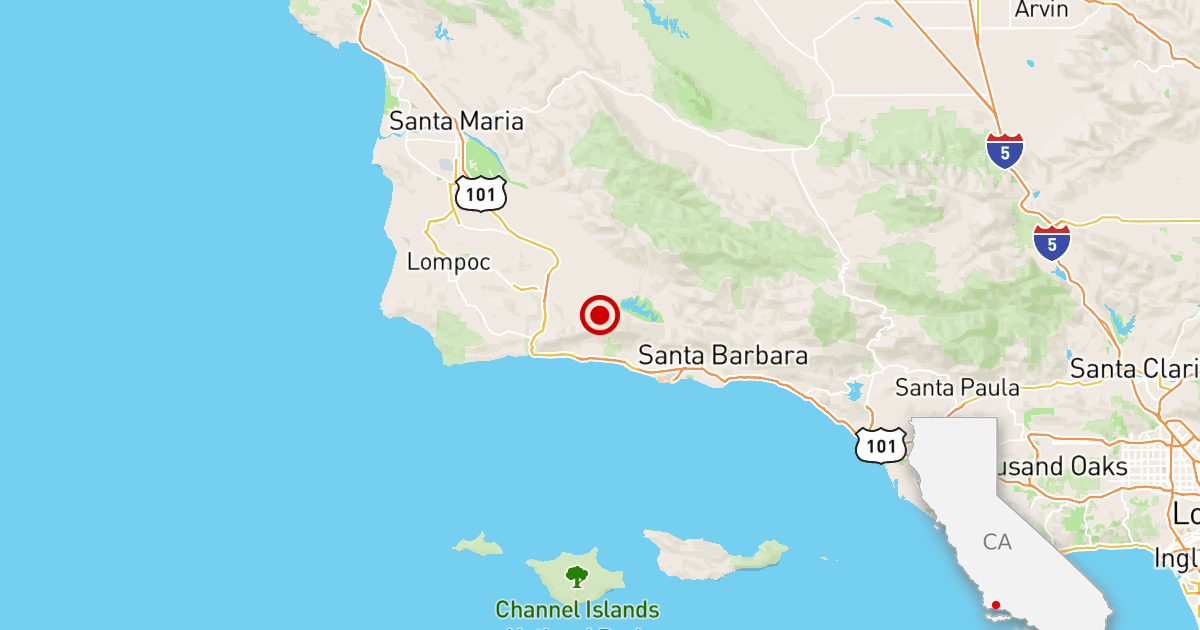 A 3.8 magnitude earthquake was reported 11 miles from Goleta, California on Saturday at 6:48 p.m. PDT, according to the US Geological Survey.

The earthquake was centered 13 miles from Santa Barbara and 22 miles from Lompoc, California, at a depth of 7.1 miles.

According to a current three-year data sample, California and Nevada experience an average of 234 earthquakes with a magnitude between 3.0 and 4.0 per year.

This story was automatically generated by Quakebot, a computer application that monitors the most recent earthquakes detected by the USGS. A Times editor reviewed the post before it was published. If you̵