3 things you need to know about your tech guy 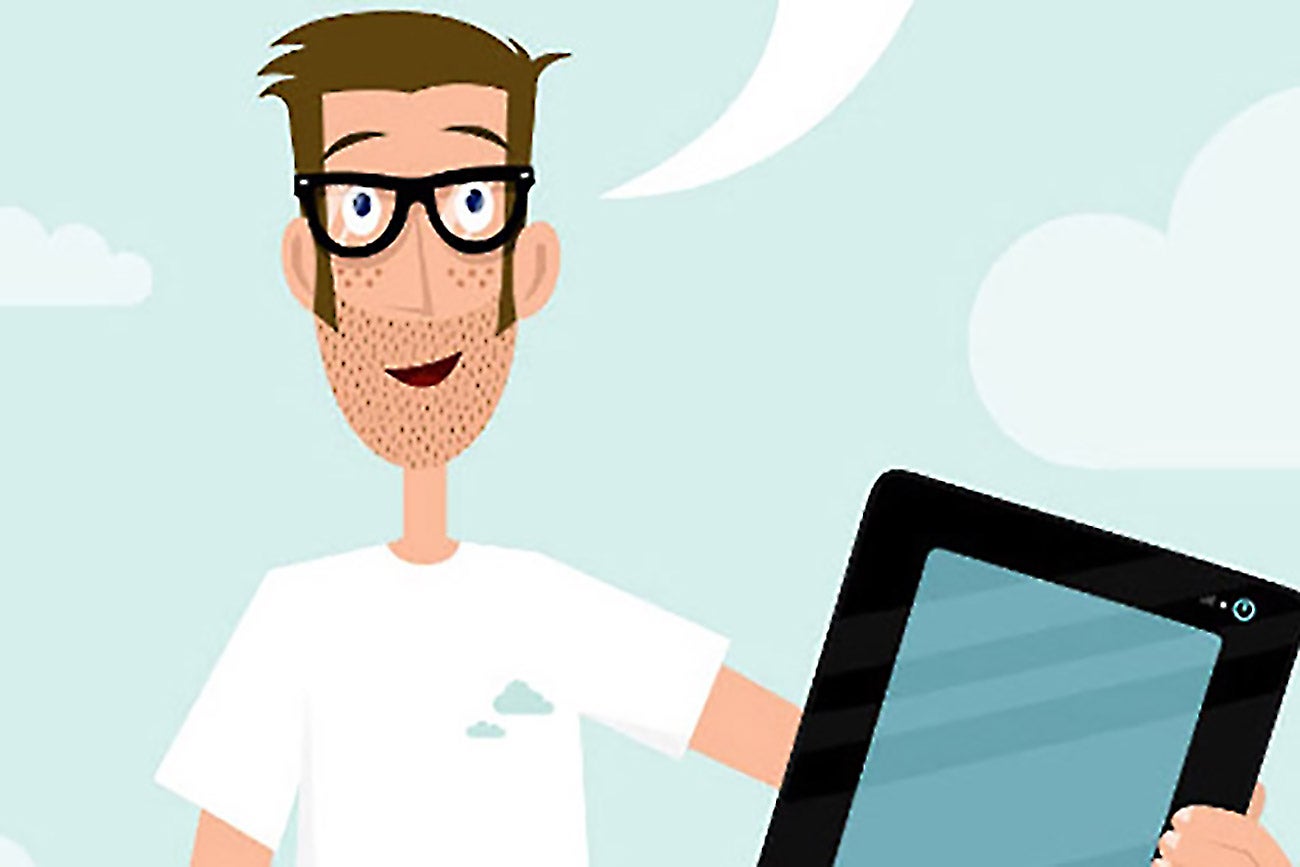 You might think that in "cloud" applications, everything would be "hosted" and the entire software delivered as a "service", so we would not have as much to do with technicians as we used to. But we still do it. Because most of us still need PCs, laptops and tablets. We still have routers and cables and switches in the office. We still store a few things locally on servers, and many of us still have local systems, such as accounting and other databases that we rely on every day, and we're likely to rely on in the foreseeable future. And that's what the tech guy needs. You know who that is, right?

He is as old as your own child. He is a hipster. Last time he took a shower when Windows 7 was released. He has a goatee and probably a ponytail. He is in a hurry, disheveled and impatient. He repairs one thing and breaks ten other things. He drinks coffee or red bulls. He is not unfriendly. But he is definitely not a salesman. You pay him by the hour or maybe you have a monthly contract with him. You need him. He keeps your systems running to keep your business running.

There are at least three important things you need to know about this type:

. Not all tech types were created equal. Most tech people think that their customers are idiots when it comes to technology. But rest assured, there are many other tech people who probably think the same about your tech guy. And they are probably right. There are technicians in the corporate world who are dealing with very complex security, data, application, and connectivity issues. They come with respectable academic pedigrees and have been working for years in the guts of giants such as Oracle, SAP and Google.

Your tech guy is probably not one of those guys. Otherwise he would work there. The barrier to come into the world when independent IT consulting almost does not exist. Any clown who has tinkered with a computer can do it. And maybe your technician worked at Oracle. But that may not qualify him to be a tech guy. Because technology, like any other industry, has many sub-specialties. I know many competent C # programmers who do not know about configuring a network. I know many SQL database experts who can not even set up a printer. Make sure you understand the qualifications of your technician.

2. Do not take her word for it. Many tech people like to make their customers feel like Ninco. They throw unrecognizable words and give you withering looks when you ask simple questions. Men (most tech people are men because it's one of the last places in the world where we feel we can control things) pretend we know something when we do not really do it. That's why we hate asking for directions and getting help. Technicians pretend they know the answers. But do not believe in every answer they give you. Trust your own common sense. Before you spend a lot of money on a new project, get some other technicians to give you their second opinion. Do not be afraid to question. You are not as stupid as you are made to think. Technology is an art, not a science. If it really was a science, most tech people would not be smart enough to do that.

3. Get used to things that break. Your tech guy is probably a Microsoft person. This means that he is used to not working all the time and he accepts it. You should too – to some extent. Tech guys often throw fixes on how a baby throws food – hoping it sticks to the wall. Do not ask stupid questions like "why did this happen?" Instead, you ask, "If it is God's will for this problem to recur, how do I reach you?"

This is not entirely the fault of the tech person. There is a part of the technology that can not be explained, perhaps for the same reason why nobody can explain why Duck Dynasty is such a popular show. It's like dark matter. So let it go. Tech people are used to dealing with an imperfect world. You will have to accept that. But do not let that stop you from asking the questions you need to make yourself comfortable. If the problem is important enough, do not let it out the door until you have answered your questions satisfactorily. And make sure you know where you can reach him if the problem inevitably recurs.

Remember, your tech guy is reasonably decent with the technology. But he is not a great businessman. Treat him fair, but be tough. And do not let him off the hook. Some technical issues are not worth fighting. But others are important, so push for the answers you need. If a tech problem seems strange to you, maybe it's because it's weird. You're not stupid, so get your answers before he leaves. Otherwise you will quickly become careless and confused, and he will disturb the next small business owner.

Opinions by Entrepreneur are their own.