قالب وردپرس درنا توس
Breaking News
Home / Tips and Tricks / A black man being led around Galveston, Texas by police on horseback is suing the city for a million dollars

A black man being led around Galveston, Texas by police on horseback is suing the city for a million dollars 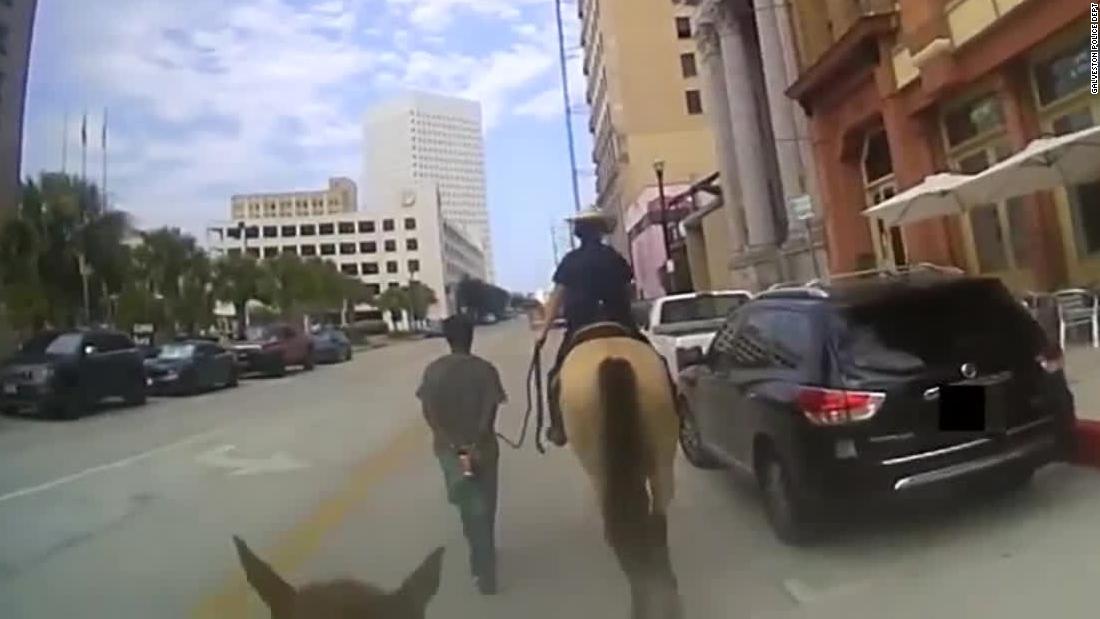 Donald Neely, 44, was arrested near a U.S. post office in August last year and charged with criminal offenses. Court records show that the case against him was dismissed in March.

His arrest received national attention after photos showed two mounted Galveston Police Department officers guiding Neely around town on what appeared to be a rope. Police said at the time that the officer was holding a “leash” on Neely’s handcuffs, not rope – although it is unclear what the difference is.

Critics and supporters said the photos conjured up images from the slavery era, a point also highlighted in Houston-based attorney Julie Ketterman’s lawsuit in Galveston County Court on Wednesday.

“(Officers) knew or should have believed that Neely ̵

1; a black man – was being led down a city street with a rope and by officers on horseback as if he were a slave and would find this contact insulting,” the lawsuit said.

The lawsuit says Neeley was humiliated while being led down the street.

“A lot of people stopped, stared and asked questions. Neely felt like he was being exhibited as a slave,” the lawsuit said.

Ketterman told CNN that Neely filed the lawsuit to make sure no one else is going through the same thing.

The city has since stopped using transportation techniques

The lawsuit alleges the officers injured Neely and left him emotionally charged. It is also alleged that they acted maliciously and negligently when they arrested him at a U.S. post office. The lawsuit seeks damages in excess of $ 1 million.

Another Neely lawyer previously said he had bipolar disorder and had been homeless for several years. The Houston Chronicle reported that Neely eventually moved in with his sister and received medical treatment.

CNN has also asked the Galveston police for comment.

The Galveston Police Department previously apologized for Neely’s treatment. The police chief said last year that officers showed “poor judgment” and “could have waited for a transport unit at the site of arrest”.

The department said in the weeks following the incident that it had changed its policy to stop the technique of using mounted horses to transport a person during an arrest.

The city requested a third party investigation into the incident, conducted by the Texas Rangers, and found that the arrest did not warrant a criminal investigation.

A separate investigation into the district examined the police agency’s policies, training and practices and was directed to make recommendations on changes that should be put into effect.

The city released body camera footage after receiving the county’s report, but did not release the results of the report. The report was sent to the Galveston Police Chief to see if further action was needed, the city said last year.