A Florida man dies after escaping custody and jumping into the bay with handcuffs, authorities say 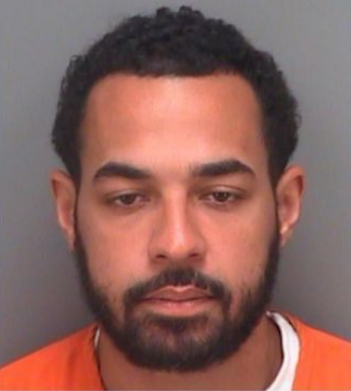 A handcuffed Florida man in police custody drowned Sunday after breaking free from an officer and jumping into Boca Ciega Bay, according to authorities.

Donnie Brownlow Jr., 33, was arrested by police who were responding to reports of domestic disturbance in Treasure Island, near Tampa Bay, on Sunday night.

Brownlow was arrested for household battery, disability, driving crimes while suspending or revoking his license, and violating parole. He was then taken to the Treasure Island Police Department to wait for a prison van.

“Detectives say Brownlow freed himself from the officer, ran towards Boca Ciega Bay, and jumped into the water when he was escorted to the van and handcuffed,” said a press release from the Pinellas County Sheriff’s Office.

Paramedics would pull Brownlow out of the water and perform CPR, MPs said. He was then taken to a local hospital, where he was pronounced dead around 9:40 p.m.

The medical examiner’s office will perform an autopsy, although the sheriff’s office said his death was not suspect. An investigation is still ongoing.

According to Fox 13 Tampa Bay, Brownlow had a history with law enforcement in Pinellas County that dates back to 2013.

Previous arrests included escaping and escaping from a police officer, a compromised battery, child neglect, multiple DUIs, and driving with a suspended or revoked driver’s license, the station reported.