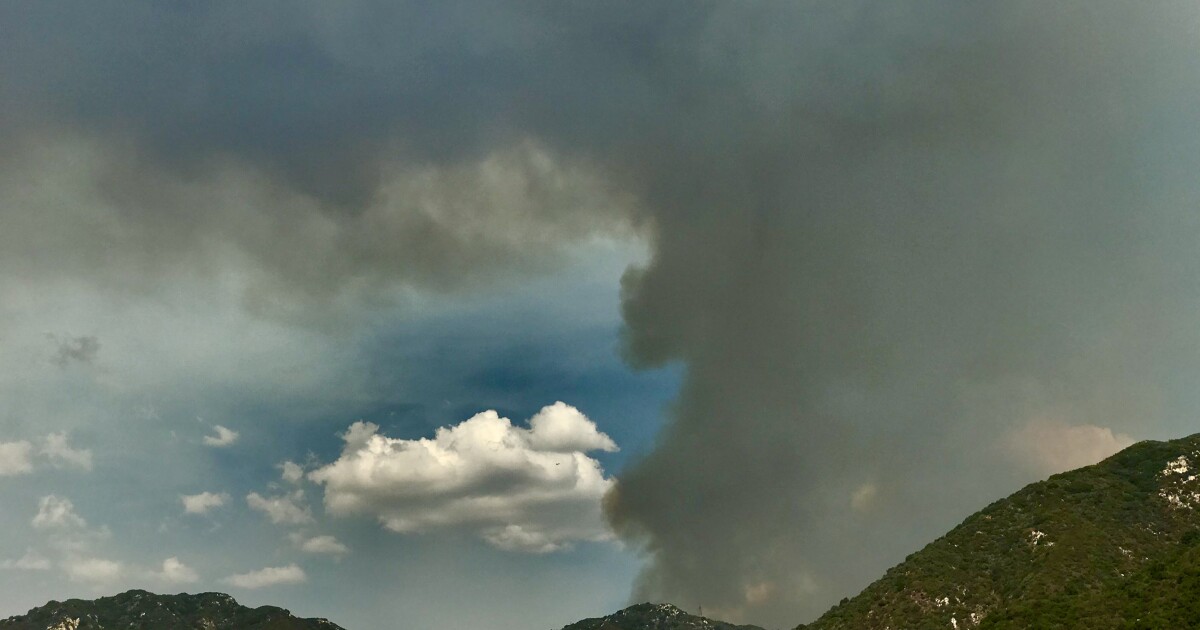 On Sunday afternoon, a bushfire broke out in the Angeles National Forest north of Monrovia, sending a large cloud of smoke into the air that could be seen for miles.

The so-called Bobcat fire started just after Sunday noon near Cogswell Dam and has set fire to about 500 acres, US Forest Service officials said. Water-dripping helicopters and several tanker planes were dispatched to put out the flames.

Firemen across the county acted swiftly to contain a bushfire at Hansen Dam in the San Fernando Valley for five acres.

Firefighters are being handicapped by a record-breaking heat wave sweeping the state this Labor Day weekend causing temperatures in the triple digits in many areas. The mercury hit 1

03 on Sunday afternoon in the area where firefighters were fighting the Bobcat fire.