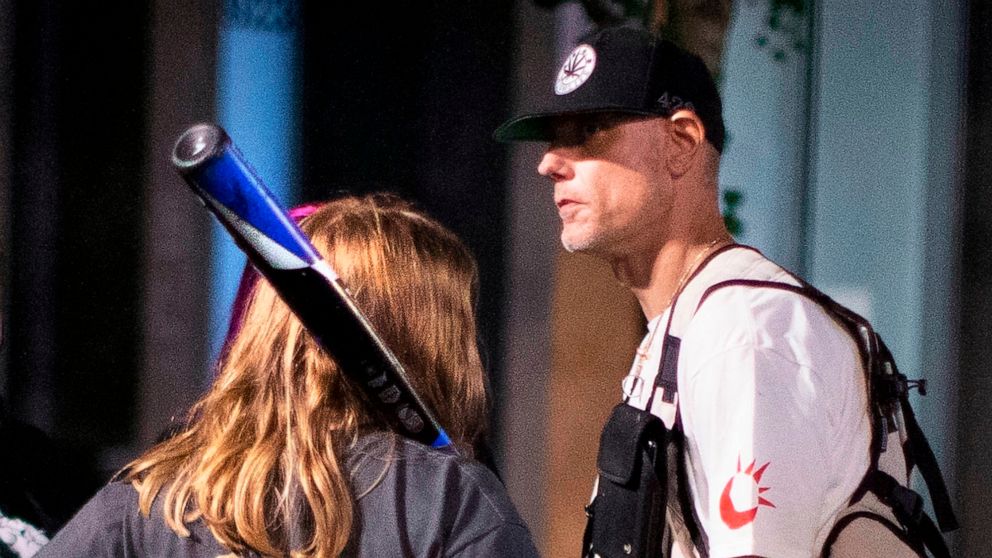 Prosecutors planned to prove that the suspect intentionally killed a pro-Trump protester.

Police found clothing and ammunition linking a suspect killed in an encounter with authorities on Thursday to the death of a pro-Trump protester in Portland, Oregon days earlier.

Michael Reinoehl, 48, was wanted for second degree murder with a firearm and the illegal use of a gun with a firearm, Multnomah County prosecutors said Friday when he was tracked down by the FBI and U.S. Marshals in Lacey, Washington have been done.

Prosecutors were preparing to prove that Reinoehl deliberately killed 39-year-old Aaron Danielson during violent protests between a large caravan of pro-Trump supporters and Black Lives Matter protesters last weekend. On Friday, she released previously sealed evidence in her case, including affidavits on the search warrant and the arrest warrant for Reinoehl.

Reinoehl was monitored Thursday night when he left an apartment and got into a vehicle. When officers tried to stop the vehicle, shots were fired and the suspect was killed. Reinoehl reportedly pulled a gun, a police officer told ABC News. There were no other injuries, officials said.

While executing a search warrant for Reinoehl’s home issued on Thursday, Portland police found clothing similar to what he was wearing on August 29, at the time of Danielson’s death, according to the District Attorney. They also found ammunition that matched ballistic evidence found at the scene, authorities said.

Reinoehl’s death is still under investigation, said Multnomah District Attorney Mike Schmidt, who did not provide any details about the incident.

“We still do not have a full understanding of what led to the death of Michael Forest Reinoehl,” Schmidt said in a statement.

“The arrest of a refugee, especially a refugee investigated for murder, is particularly dangerous for law enforcement,” he continued. “I am grateful that no one was injured or killed during the Lacey, Washington incident last night, and I appreciate the coordination between law enforcement officers during this investigation.”