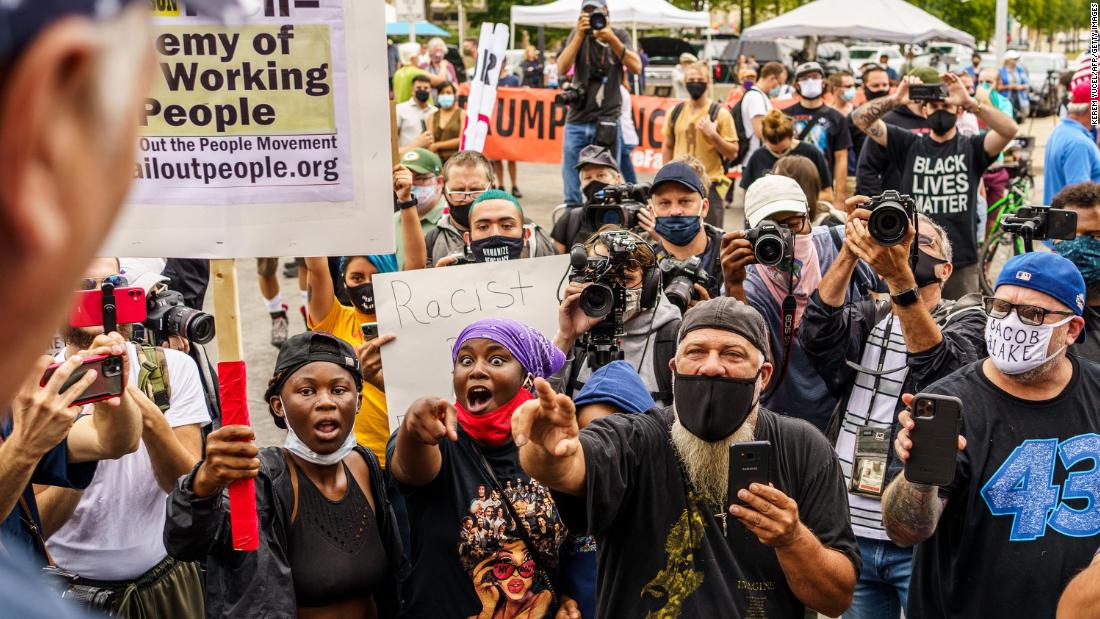 Overall, Americans are less likely to say today than they were earlier this summer – when the protests sparked by the death of George Floyd began – that racism is a big problem in society (67% said it then, 55% feel now so). And while that feeling has receded somewhat across party lines, the decline is most pronounced among Republicans. In June, 43% said racism was a big problem in society. Now only 22% say the same thing. 84% of Democrats see it that way, compared to 90% in June. Among the independents, 57% say this is a big problem, up from 63% in June.

The partisan dynamic is similar in the results of the survey of peaceful protests in response to incidents in which African Americans were injured or killed by police. Overall, 72% think these protests are justified, up from 84% in June, and the shift was again strongest among Republicans (from 79% who said they were justified in June to 60% now).

Overall, fewer (24%) say violent protests are justified in this situation, but that number remains broadly the same as in June (27%).

However, a majority has a positive opinion of the Black Lives Matter movement, 51

% positive versus 38% unfavorable. This favoritism rating far exceeds Trump’s own; An earlier publication of the same poll found that 40% were positive about Trump and 56% were negative. Democrats are broadly positive about the Black Lives Matter movement (83%), about half of Independents agree (50%), and only 17% of Republicans are positive.

Most Americans continue to say the president’s response to the protests has been harmful, and people disagree on whether federal government intervention is warranted when protests become violent.

Trump has repeatedly called for federal intervention in cities where protests have become violent, and the poll found an even split on this idea: 48% support it, 47% oppose it. Views on this are also sharply partisan (81% of Republicans support it, only 21% of Democrats agree) and racial: most whites support it (51%) while most blacks are against (53%).

The president’s approval rating for dealing with racial relations has improved somewhat, according to the survey, but that too is the result of a partisan shift. Republican approval has risen from 73% in June to 83%. This has not changed much for Democrats (1% now versus 2% in June) and Independents (26% approval now versus 29% then).

Despite the overall negative feeling about how things are going, the survey finds an optimistic note. Six in ten Americans believe the protests this summer will result in real changes in the treatment of blacks and other racial and ethnic minorities in America, with surprising inter-ethnic consensus. 62% of whites feel this way, as do 61% of colored people. The majority of women (65%), men (56%), young people (57%) and senior citizens (64%) see changes as likely.

The CNN survey was conducted by the SSRS from August 28 to September 1 among a random national sample of 1,106 adults reached by a live interviewer on landline or mobile phone. The results for the full sample have a margin of error of plus or minus 3.8 percentage points.