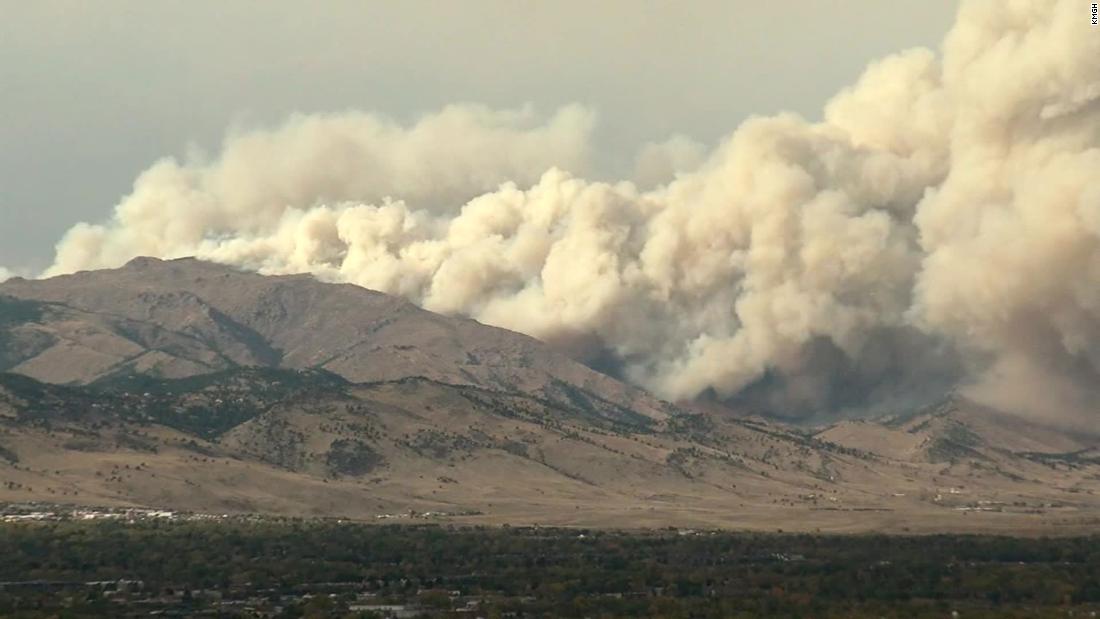 The fire is being pushed to the southeast by the wind, said Boerkircher.

“We’re asking people pretty much everywhere nearby to be sure they are making an evacuation plan,” Boerkircher said, adding that a local disaster declaration was signed around 1:30 p.m. local time in response to the fire.

Evacuations have been ordered for Jamestown and pre-evacuation orders are in place for areas south of the city, Boerkircher said.

No deaths or injuries have been reported and a cause of the Calwood fire has not yet been determined, Boerkircher said.

Firefighters continue to battle the Cameron Peak Fire, the largest devastating fire in the state’s history. The fire burns near the town of Fort Collins in the north of the state, resulting in new mandatory evacuations on Friday night.