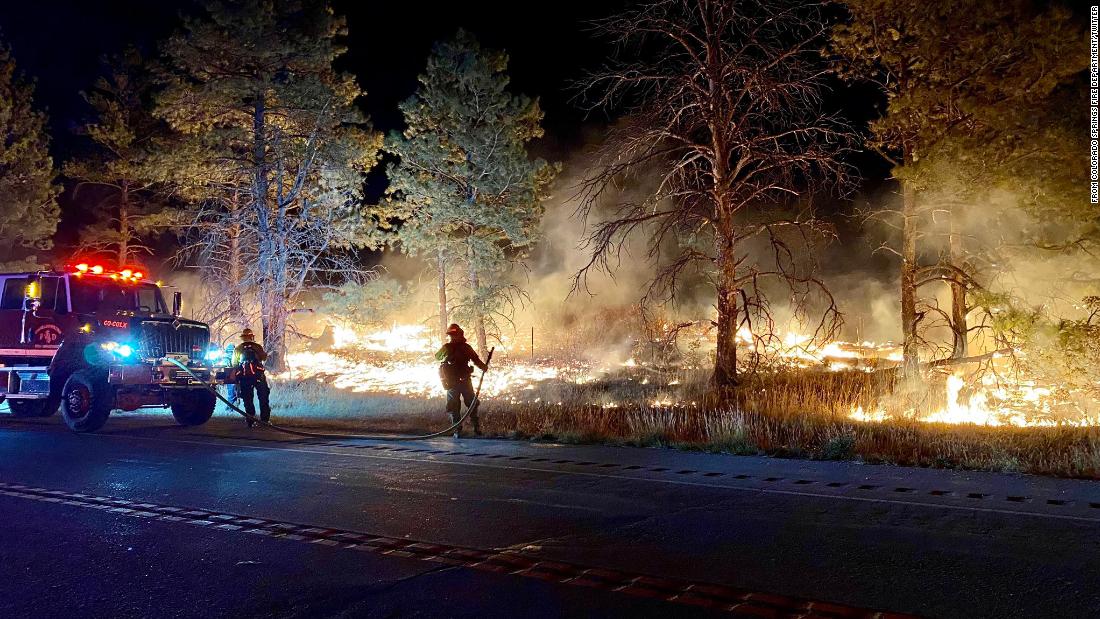 The flame, called the Wild Horse Fire, burns in a training area in Fort Carson, Colorado Springs. It has already burned over 200 acres, base officials said.

The Wild Horse Fire does not currently threaten people or property on the base, Fort Carson officials said in a statement on Sunday.

According to the National Weather Service’s bouldering bureau, there were high winds across the region on Sunday with gusts of between 50 and 80 miles per hour.
The Wild Horse Fire is one of the smallest and newest of several forest fires currently burning in Colorado. The largest, the Cameron Peak Fire, has set over 130,000 acres on fire and is located north of Rocky Mountain National Park. The Williams Fork Fire, a man-made fire that extends over 14,000 acres, is located approximately 100 miles west of Denver.

Because of Colorado’s arid climate, the state is at high risk of forest fires year round. Fires have been particularly common in recent weeks as Colorado is in “various stages of drought,” according to the state. They’re usually triggered by lightning or, in more recent cases, human activity – fireworks and campfires are both causes.

The largest fire in the state’s history, the Pine Gulch Fire, was finally contained in September after burning for nearly two months. It burned around 139,000 acres.