قالب وردپرس درنا توس
Breaking News
Home / Tips and Tricks / Elder Holland and his son both spoke at a conference. Has it happened before

Elder Holland and his son both spoke at a conference. Has it happened before 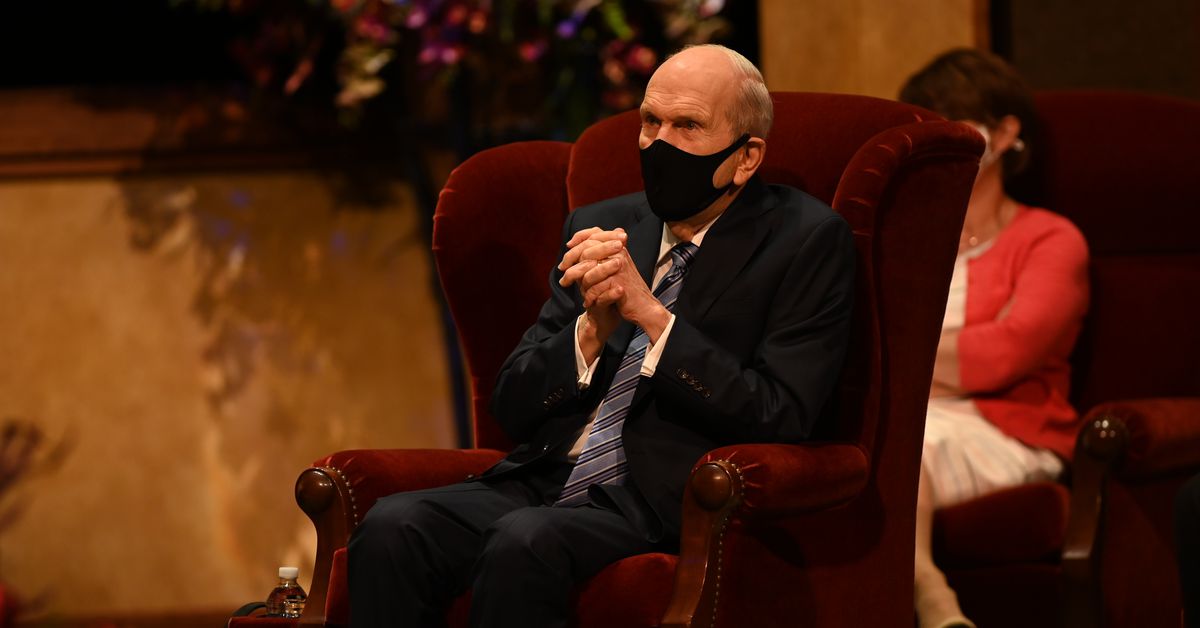 SALZSTADT – I have been reporting for The Deseret News about The Church of Jesus Christ of Latter-day Saints for seven years. Here is a list of 12 things I learned about the Church during my 190th biannual general conference.

1. When Elder Jeffrey R. Holland spoke on Sunday, it was the first time in six years that father and son had spoken in the same general conference. His son, Elder Matthew S. Holland, spoke during the Saturday afternoon session.

The late President Gordon B. Hinckley was President of the Church when he and his son Elder Richard G. Hinckley both spoke in their April 2006 priesthood session.

Of course, some Church members remember that at general conference in April 1983, when Matt Holland was 16 years old and giving a lecture titled “Muddy Feet and White Shirts,” the Hollands were speaking consecutively.

More about families speaking at a conference later.

2. President Russell M. Nelson shared “a new knowledge” about the congregation of Israel. He said that a Hebrew meaning of the word Israel was “let God rule”.

He said that letting God conquer means that a person is willing to put the Lord first in their life. President Nelson said the concept moved his soul and he urged members of the Church to act, using the next six months to study and list the Lord’s promises to close Israel.

3. President Nelson also described the Church as the embodiment of the “Latter-day Covenant of Israel.” Its footnotes say the term is from the 1992 Encyclopedia of Mormonism so it is not new, but according to lds-general-conference.org, the term has never been used in a conference.

He used it to characterize this dispensation: “This pre-millennial congregation is an individual saga in which faith and spiritual courage are expanded for millions of people. And as members of The Church of Jesus Christ of Latter-day Saints, or the Latter-day covenant of Israel, we have been appointed to assist the Lord in this crucial work. “

4. A number of people who posted on my Facebook and Twitter feeds that they did not know that there are members of The Church of Jesus Christ of Latter-day Saints in 196 nations and areas.

Elder Gerrit W. Gong said this in his Saturday afternoon presentation and noted in his footnotes that “nations and territories” include entities such as Guam, Puerto Rico, and American Samoa.

5. Elder Gong also noted that the Church is involved in 90 countries. The operations are, of course, regional organizations, usually made up of six to twelve parishes, called stations or branches.

The Church organizes wards and branches in wards in locations where there are insufficient Melchizedek Priesthood members or holders to organize stakes. Districts are intended to be temporary and ultimately lead to operations. For example, when Elder D. Todd Christofferson went to India on assignment in August 2017, I asked him when the New Delhi District would be used for the first time. Church members believed an outreach was imminent.

6. President Nelson has testified of Jesus Christ and his restored gospel in 138 nations and counts according to Elder Gong.

In my profile of President Nelson, when he was sustained as a prophet in January 2018, I found that he had visited 133 countries. Since then he has traveled to Europe, Africa, Asia, South America and the South Pacific. Little did I know that he had reached five nations that were not previously on his list.

8. This weekend’s conference was broadcast on television and radio in 50 countries. This is an increase of at least 233% over the October 2019 conference. The inclusion of this reference is a bit of a scam. I found out about it on Thursday and added this information to a story we already had online.

Church officials knew that due to pandemic restrictions, people in many countries, some of which do not have internet access, will not be able to watch satellite broadcasts of the April conference at gatherings. They reached out to governments and networks around the world, at least doubling the number of countries that broadcast television and radio broadcasts from conferences to 31.

9. The Church has now published 192 million copies of the Book of Mormon in 112 languages.

I wrote that in July my weekly email newsletter ChurchBeat was in 112 languages, but at that point the last time I had published 185 million copies.

Elder Gong also noted that the Book of Mormon is being translated into most of the 23 world languages ​​spoken by 50 million people or more. Together, these languages ​​represent 4.1 billion of the world’s population.

10. The father-daughter combination of late Church President Thomas S. Monson and Sister Ann Monson Dibb spoke at the same October 2009 and October 2012 general conference sessions. Sister Dibb served as the second advisor in the young boys’ presidency from 2008-2013 Women and spoke in this capacity.

11. Elder Dean M. Davies was released as the first counselor in the presidential diocese and called to serve as General Authority Seventy.

“Bishop Davies has faced a significant health challenge for more than a year, although his current outlook is positive,” Church spokesman Eric Hawkins said in a statement released Saturday. “We are grateful that he can continue to serve in this new role as General Authority Seventy.”

The late Apostle Elder Joseph B. Wirthlin and his late brother Elder Richard B. Wirthlin, a member of the Seventy, both spoke in October 1997.

Bonus item: Church leaders have taken the pandemic and personal protective equipment very seriously, and have been since the pandemic began.

Saturday was another personal sign of caution and mutual care. Elder Gong, who may have been exposed to COVID-19, pre-recorded his talk and attended the conference at home out of caution. The other 14 apostles wore masks and sat on chairs that were arranged so that they physically distanced themselves.