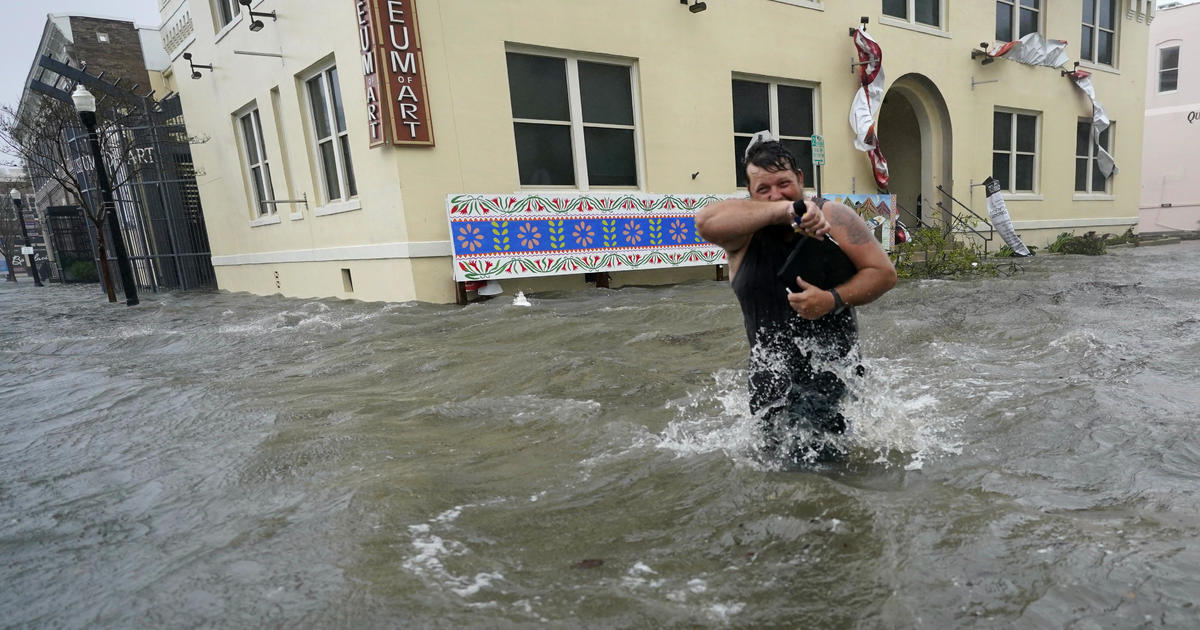 Sally, weakened to a tropical storm, is hitting the Gulf Coast slowly and with massive amounts of rain, triggering “catastrophic and life-threatening” floods from Hurricane Center, along with parts of the Florida Panhandle and southern Alabama, according to National.

The eye of the storm crossed land near Gulf Shores, Alabama, early Wednesday as a Category 2 hurricane with sustained winds of 105 mph. As of Wednesday afternoon, the eye was about 30 miles west-northwest of Pensacola, Florida, with winds of 70 mph.

The storm is now creeping north-northeast at 8 km / h, maintaining an incredibly slow pace, meaning it can generate nearly three feet of rain and storm surges as high as seven feet in some areas. Precipitation is already measured in feet ̵

1; not inches – and tornadoes are still possible in Florida, Alabama, and Georgia.