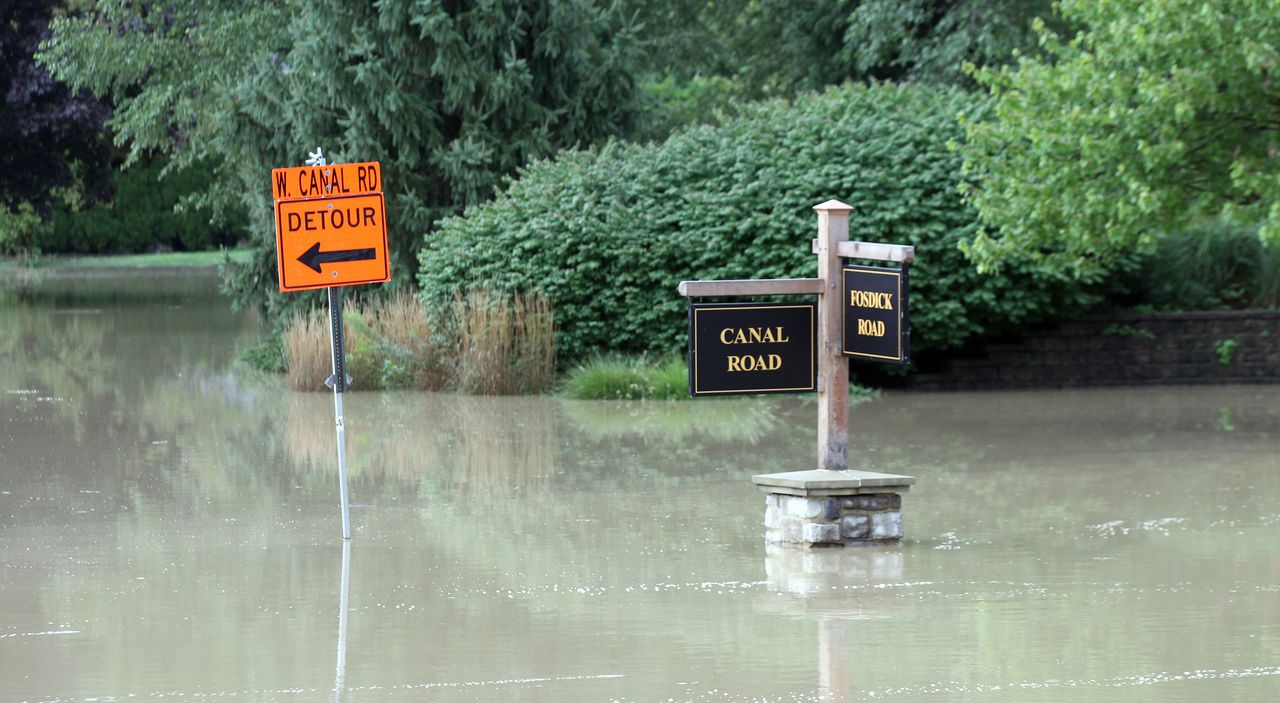 CLEVELAND, Ohio – Instead of chilling out and enjoying tasty grilled dishes over the Labor Day holidays, Northeast Ohioans from every region had to grapple with maneuvers through treacherous waters and road closures caused by flooding on Monday and in several communities more than Caused 4 inches of rain.

Northeast Ohio counties were in front of a flash flood warning for most of the day before it finally expired at 6 p.m. As early as 7:00 am, it was raining heavily in Cleveland and not giving in for hours, prompting the Cleveland National Weather Service to tell people to “stay home if possible.”

Sounds more like a winter storm news than a bulletin on the unofficial last day of summer.

The downpour flooded lakes, motorway underpasses, small streams and creeks, and other drainage and lowland areas.

Flood and road closures have been observed on many major roads, including Martin Luther King Jr. Drive and Carter Road Bridge in Cleveland, Route 18 and I-71 in Medina, North Park Boulevard in Cleveland Heights, and Canal Road in Garfield Heights.

Here is a video of flooding at Shaker Lakes Dam and the bridge on Coventry Road and North Park Boulevard in Cleveland Heights, taken at 11:30 am on Monday:

The Akron Police Department closed Route 8 north from Perkins Street to East Tallmadge Avenue due to flooding. A residential area in Avon was flooded, according to photos on social media. The Rocky River was filled with brown, rushing water.

Anyone wishing to go to Edgewater Beach was advised to avoid contact with water due to a sewer overflow into Lake Erie on Monday morning.

While the storm didn’t cause widespread blackout or tree damage, the Jennings areas of Cleveland (4.5 inches), North Royalton (4.23) and Oakwood (4.17) were among the hardest hit locations as of 1:30 p.m. , Brecksville (4.13) and Shaker Heights (4.1) according to data from the Northeast Ohio Regional Sewer District.

The chance of rain and thunder is according to the NWS until 10 p.m., with more chances for thunder and rain on Tuesday from 5 a.m. to 10 a.m.

Reporters Maura Zurick and Olivia Mitchell contributed to this report.