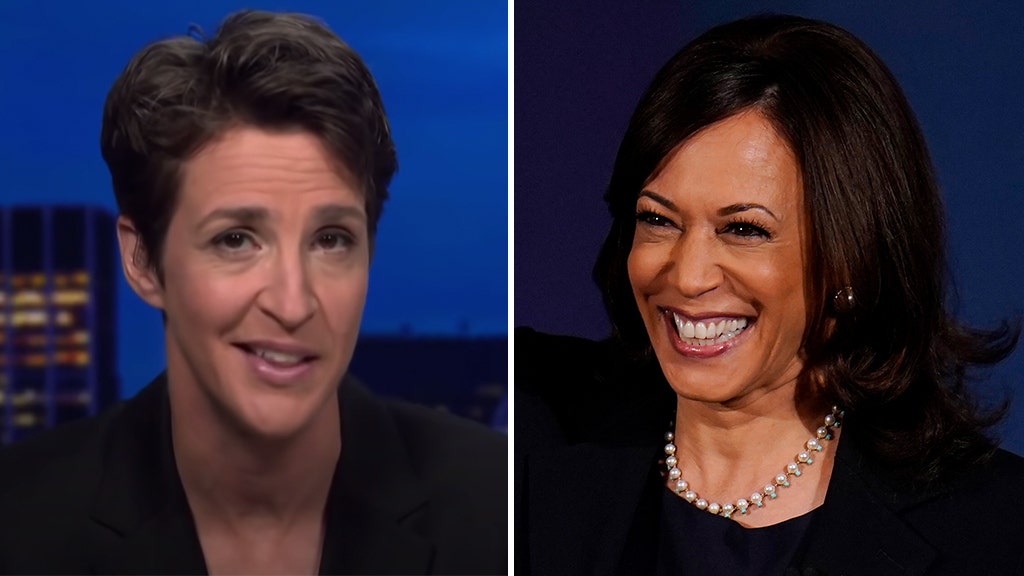 MSNBC host Rachel Maddow asked Democratic Vice-Presidential candidate Kamala Harris whether television stations should “refuse” to give President Trump any opportunity after pulling out of the now-canceled second presidential debate.

NBC announced Wednesday that there will be a town hall with the president, which has generated significant backlash as it is slated to air concurrently with an ABC town hall starring Joe Biden.

During a friendly interview with the California Senator, Maddow did not as subtly acknowledge the outrage directed against her company.

NBC EMPLOYEES LASH AFTER THE TRUMP TOWN HALL ANNOUNCEMENT ON THE NETWORK: “I̵

7;m disgusted with my home network.”

“Are you as mad as everyone else that NBC is holding a town hall tomorrow with President Trump instead of the debate at the same time that Vice President Biden will be on ABC?” Maddow asked with a grin.

“I’m not touching this,” chuckled Harris.

The Rachel Maddow Show host followed up with a question that Trump should not be given airtime for refusing to participate in a virtual debate.

“Should the networks refuse to give the president other airtime if he denies the opportunity to debate?” Asked Maddow.

“You know, I’m not going to tell the networks what to do,” Harris replied. “But I’m telling you, I know who I’m going to watch, so let’s go!”

While the roughly 40-minute interview was full of laughter, there was no mention of the explosive New York Post report that revealed a 2015 email from Hunter Biden allegedly received by a member of Ukrainian energy company Burisma, which he received apparently thanked for his “giving” had an opportunity “to get to know his father, then Vice-President Biden.

Maddow is in good company as none of her MSNBC peers, as well as her CNN peers, mentioned the growing Biden controversy.