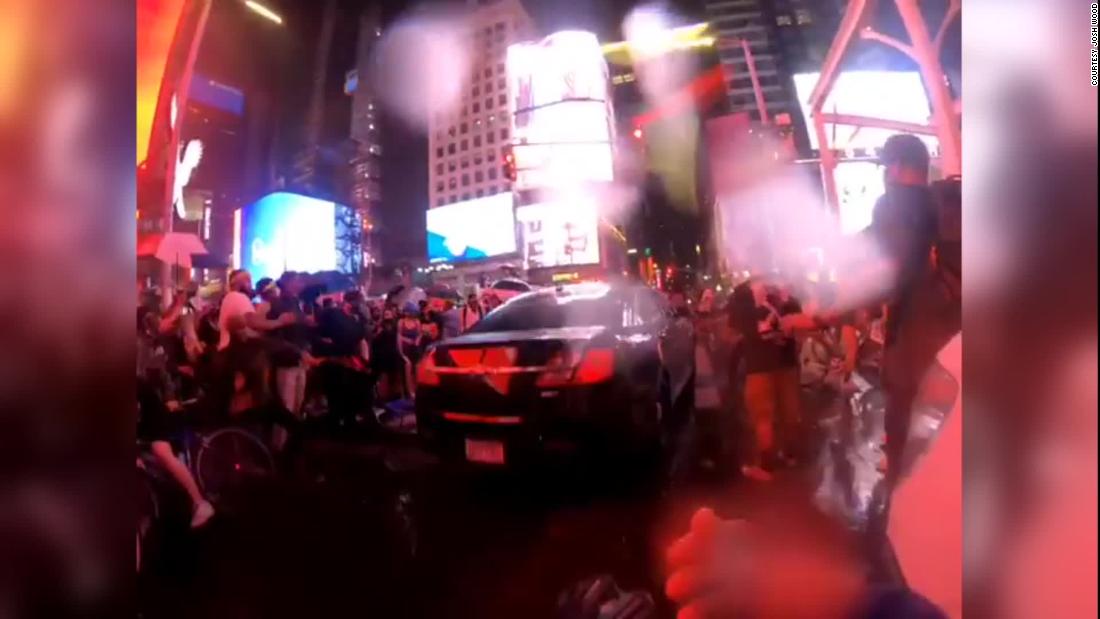 NYPD Commissioner Dermot Shea said Friday morning on “Good Day New York” that the video of the incident shows a black car driving into a crowd of BLM protesters in the heart of Manhattan just after 8 p.m.

He estimated that at least 200 people attended the demonstration.

The scene’s Twitter video showed the vehicle, which appeared to have a bumper attached to the front, briefly stopping before accelerating through the protesters and cyclists who were on the road at the time. The license plate of the car is visible on videos of the incident. A small group chased after it as it sped away.

It is unclear what happened before the video was recorded, but Shea said “Good Day”

; at least one cyclist prevented the car from moving and two others hit the car window.

The NYPD confirmed that the vehicle is a black Ford Taurus sedan that resembles a model used by the police.

Shea said the police have a lot of information about the incident and the vehicle. The NYPD says the car is not affiliated with the department. Some protesters speculated on social media that it was an undercover police vehicle.

No injuries have been reported and officials hope to speak to protesters and the driver and passenger in the car, Shea said. The NYPD urged anyone who could have been injured to report. You have not received any complaints about the incident.

The New York Fire Department told CNN that they had not received any calls regarding the incident.

CNN’s Alisha Ebrahimji and Rob Frehse contributed to this report.