Oscar Grant: The California attorney will reopen the investigation into the Fruitvale Station case 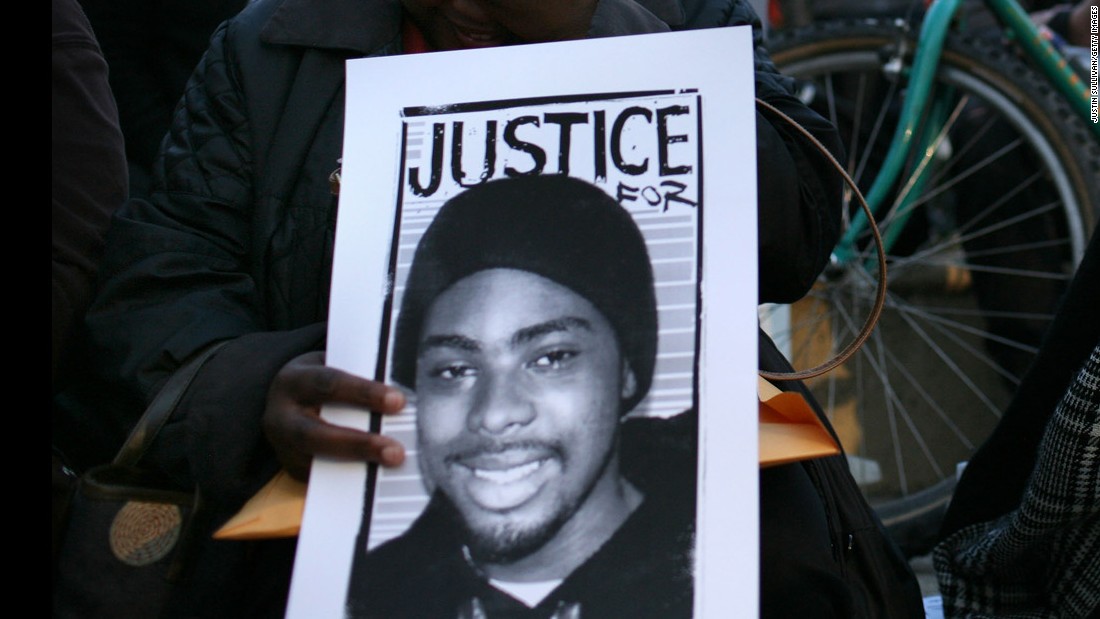 The decision to reopen the case more than a decade later follows demands from Grant’s family at a press conference Monday. Grant was fatally shot and killed on January 1, 2009 while lying face down on a platform at Fruitvale Station in Oakland.

“I hired a team of lawyers to review the circumstances that caused Oscar Grant’s death,” said O’Malley’s statement. “We will evaluate the evidence and the law, including applicable law and statute of limitations, and make a decision.”

Johannes Mehserle, the officer who shot Grant, was found guilty of involuntary manslaughter in July 2010. The other officer, Anthony Pirone, was fired after an internal investigation, BART spokeswoman Alicia Trost told CNN.

7;s mother, stated at the press conference Monday that Pirone should be charged after testifying in Mehserle’s trial. That didn’t happen.

“Charge him for his actions that escalated rather than de-escalating the situation that escalated and caused the loss of my son’s life,” urged Johnson-Morris. “If all people are created equal, we too should get the justice we deserve.”

Last year, a 10-year report revealed that Pirone “started a cascade of events that ultimately led to the shooting of Grant,” and that he then lied about those events to transform his own “actions and behaviors into a larger one Way to implement favorable light. “

Pirone hit Grant, using profanity and the N word during the incident, the report said, and later lied to investigators about Grant’s actions, claiming he hit Pirone’s partner and kicked Pirone in the groin.

However, Pirone’s report was directly disproved by investigator-verified video evidence, the report said.

The report was written by an outside law firm hired to conduct an internal investigation into “investigating and analyzing” the behavior and performance of the officers involved in the death of Grant, a 22-year-old black father.

The shooting for New Year’s Day 2009 was captured on cell phone footage and sparked outrage and protests. It was also the basis for the 2013 film “Fruitvale Station”.

The officer beat Grant, used the N word, and lied to investigators

In the early morning of January 1, 2009, Pirone and his partner went to Fruitvale Station to respond to reports of a fight on a train. Several men were taken off the train and placed against a wall. Pirone then saw Grant walking between the cars and used swear words to order him to get off the train.

Pirone told investigators that he soon saw Grant “attack” his partner. Pirone said he was approaching and Grant tried to punch and kick him in the groin, causing Pirone to think, “I have a fight now.” Pirone said he felt “like I’m fighting for my life at this point.”

The report says none of this happened in the footage seen by investigators. They found that Grant Pirone’s partner “didn’t appear to attack” and that Pirone grabbed Grant and pushed him against the wall before punching him in the head. “There is no evidence that Grant Pirone knelt in the groin as he claims.”

Pirone later forced Grant to sit down again before punching Grant in the face with his left knee in an “unprovoked” attack. The autopsy would later suggest “the possible conclusion” that the injuries Grant sustained to the face were due to the actions of Pirone, whose use of force, as investigators wrote, “appeared unreasonable, justified or excusable”.

Pirone admitted using the N word during the encounter but said it was a response to Grant addressing the word to the BART officer.

Regardless, according to investigators, Pirone’s repeated use of profanity and the N-word only served to escalate the already tense tension on the platform. His use of the N-word “cannot and should not go excused, justified or with impunity,” the report says.

Investigators eventually demanded Pirone’s dismissal, among other things for his unjustified use of force against Grant, his inappropriate use of language and his falsehood about his own actions.

CNN’s Dakin Andone and Marlena Baldacci contributed to this report.