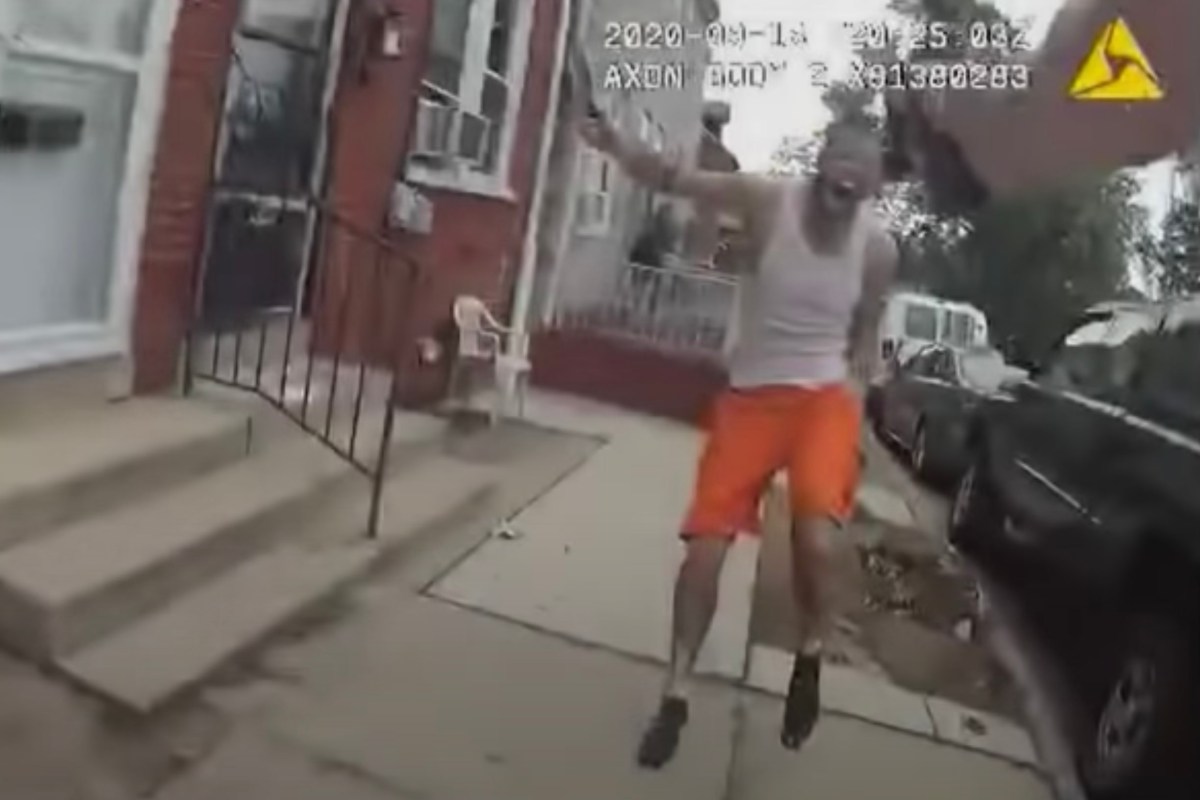 An officer shot dead a man who attacked him with a knife on Sunday in Lancaster, Pennsylvania, police said.

A Lancaster City Police Bureau official responded to a domestic riot call at 4:15 p.m. when Ricardo Munoz, 27, stormed out with a large knife.

In a statement, police said the 911 operator had told a Lancaster County dispatcher that her brother – Munoz – was aggressive towards his mother and was trying to break into her home.

The bodycam footage shows a woman fleeing the house when Munoz hears screaming from inside.

Munoz then shows up swinging the knife, and the officer hears and sees him fire his weapon. The 27-year-old falls to the ground.

After the shooting, crowds gathered to protest outside a police station. Some in the crowd damaged a police vehicle and others threw stones.

Officers use tear gas and rubber bullets to disperse the crowd.

Prosecutors said the shooting was being investigated and they would determine whether the violence used by the police was justified.

“A police shootout has a significant impact on a community, as we see with the large number of people gathering on the streets,”

“We demand that protests remain peaceful, as violence and property destruction become headlines and serve no purpose for the safety and well-being of our citizens and neighborhoods.”

Lancaster Mayoress Danene Sorace said in a statement that the official involved in the shooting was on leave.