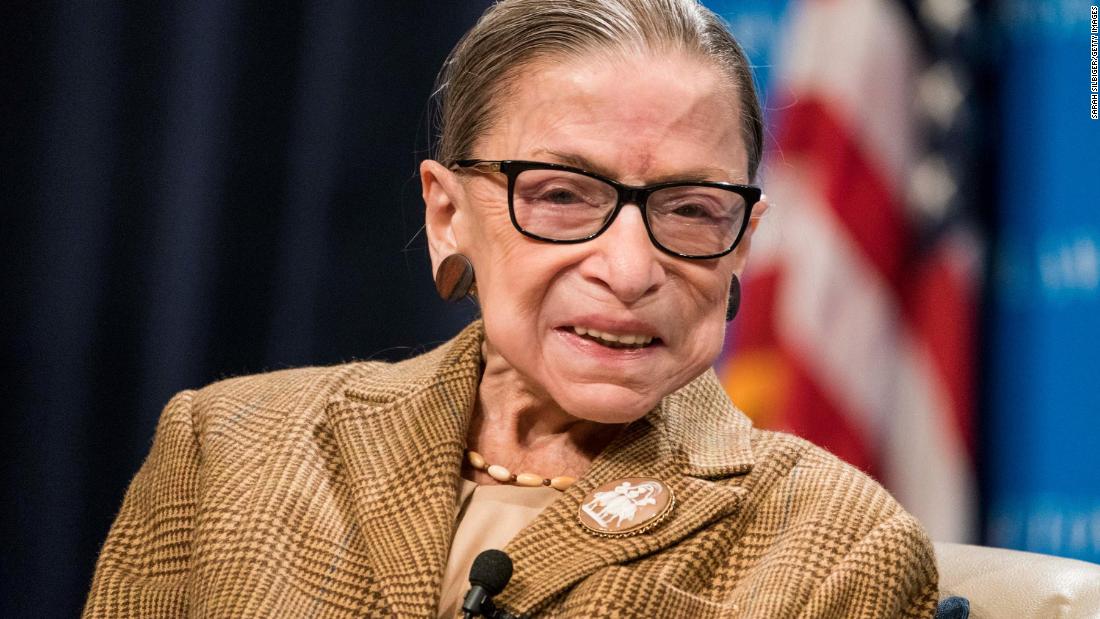 In the weeks leading up to her death, Justice Ruth Bader Ginsburg was still advising cases, writing notes to friends, and continuing to plan social events, including a wedding to officiate on the day of her death.

Ginsburg, who had battled complications from metastatic pancreatic cancer, was rushed to Johns Hopkins Hospital in Baltimore a week earlier, stayed a few days, and returned home on September 11, according to two people familiar with the situation. Her health status during this time is unknown, and the Supreme Court information officer said Thursday the family would not provide details of Ginsburg’s final days.

The situation of the 87-year-old judiciary turned serious on the week of September 14th and she died on the evening of September 18th surrounded by her family.

Until the sudden end, the woman who had come to be known as “Notorious RBG” lived as if there would be more tomorrow.

A sought-after wedding officer: Eric Motley, whose wedding she was to officiate on the night of her death, was told two days earlier that the wedding would have to be postponed with no indication of Ginsburg’s health.

“I contacted the chambers to prepare for Friday,” Motley told CNN. “They said we have to push it back, let’s see some other days.”

Motley, who wrote about Ginsburg’s planned wedding in an essay for the New York Times, told CNN that he and Justice had exchanged personal emails over the summer and that they had sent him an optimistic message and a photo of the two . Speaking to a maestro during an opera reception, pre-coronavirus. Ginsburg and Motley, who came to Washington as special assistants to President George W. Bush, first met at a dinner party in 2002 and discovered they shared a love of music.

Ginsburg had planned to marry Motley and his fiancée in a quiet ceremony on a terrace in their apartment. She officiated at a similar outdoor ceremony last month after which the newlyweds posted a photo on Twitter. Ginsburg, clad in her black court robe and one of her distinctive decorative collars, sat between them at a lectern.

Motley, executive vice president of the Aspen Institute, said of Ginsburg’s mood in recent releases, “You were always good, always strong. This was a woman who was made to live. And she will live on.”