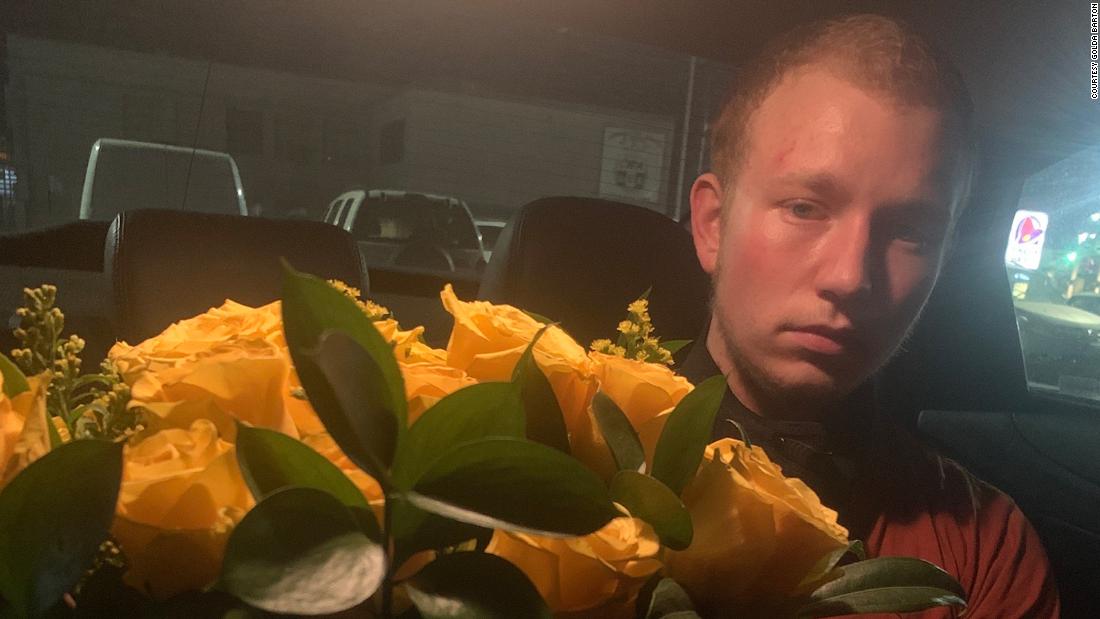 Identified as Linden Cameron by his mother, Golda Barton, the teenager remains in hospital almost two weeks ago after the shooting.

An independent police investigation is underway and Salt Lake City Police are awaiting additional investigations from the prosecutor’s office and a civilian investigation committee.

Barton told CNN her son had Asperger’s Syndrome and could not control himself. She called the police on the day of the shooting and asked for help for her son who was having a “nervous breakdown”.

The Bodycam video released on Monday shows Barton asking police to subdue their son Cameron and take him to a hospital for violent threats and unmanageable behavior.

The mother tells officers that her son has triggers related to law enforcement and that he has access to a BB gun or a prop gun, but she doesn’t believe he has a real gun.

The officers respond that they must treat the situation as if he might have a gun.

During a recording, an officer can be heard expressing concern about the attempt to arrest the boy.

“If no one is in the house, no one is in danger … but he does not injure himself. I’m sorry, I will not shoot,” one hears the officials say.

The videos show officers approaching the house and then starting to chase the boy, eventually breaking through a wooden fence. Cameron walks slowly, ignoring demands to get on the floor.

An officer opened fire and eleven shots were heard on the recordings. Cameron rolls on the floor and says, “I’m not feeling well,” and then, “Tell my mom I love her.”

Barton told CNN earlier this month that the boy’s injuries included damage to the shoulder, ankle, bowel, bladder and colon.

The Salt Lake City Police Department has refused to comment on Barton’s allegation that Cameron was unarmed. No gun is visible in the footage from the body camera, even though the video is poorly lit and Cameron was wearing dark clothing.

“I am very sad about this tragic situation,” said boss Mike Brown during a press conference on Monday. “As a father of three young sons, I was personally very impressed,” said Brown. He did not give any details about the investigation.

Echoing the boss’ views, Mayor Erin Mendenhall said, “As a member of this community and as the mother of a 14 year old boy, I am deeply broken and frustrated.”