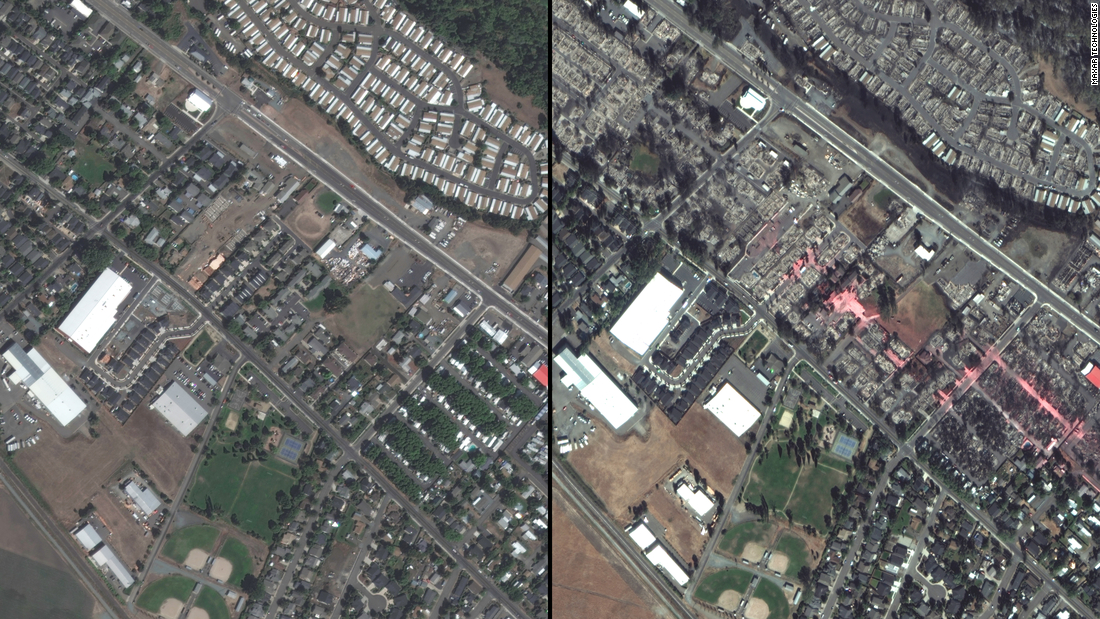 A massive burn scar cuts through parts of Talent and Phoenix, which together house around 11,000 people. The wounded area seen in images from Maxar Technologies borders Interstate 5.

The devastating fire on Almeda Drive broke through Tuesday and “caused widespread property damage with the loss of hundreds of structures,” talent officials said in a press release.

Around 600 apartments and 100 other buildings were destroyed.

“This could be the largest loss of life and property due to forest fires in our state’s history,” Oregon governor Kate Brown said on Wednesday of the forest fires in her state.

Phoenix and talent are “significantly destroyed,”

Almost everything north of the I-5 flyover in Phoenix appears to be scorched.

The devastating fire appears to have slid back and forth between the freeway and State Highway 99, with mobile home parks bearing the brunt of the inferno.

If you zoom in north of Phoenix Road, everything but a few shops seems to be charred.

Mobile home parks on both sides of Highway 99 appear to have suffered significant damage from the devastating fire.

Another RV park on Highway 99 appears to have been damaged in Talent, just four miles south.

First responders, city workers and other Talent workers worked through Tuesday and overnight to evacuate people and protect property.

The fire was not contained at all by Thursday noon and had burned over 5,700 acres, the state dashboard showed.