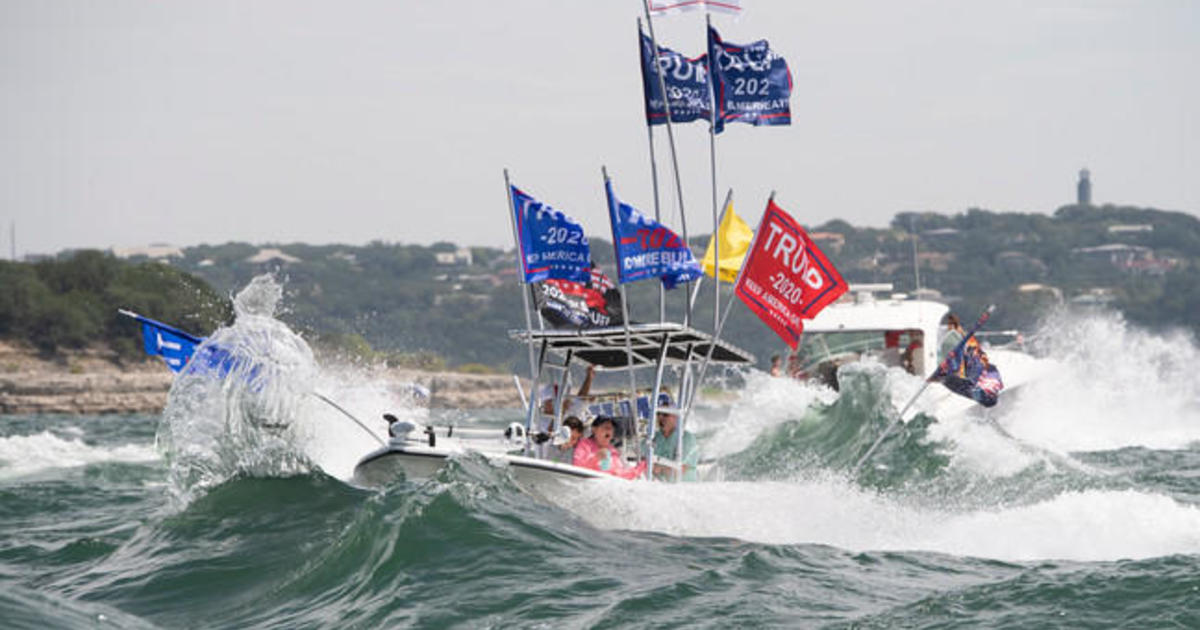 Austin-Travis County’s EMS notified CBS Austin subsidiary KEYE that as of 3 p.m. CT they were not involved in any of the incidents. No injuries have been reported to date.

According to the sheriff’s department, “many, many” boats on the water caused the lag.

It is currently unclear how many boats in total took part in the parade or how many sank. The Travis County Sheriff’s Office said it was difficult to get these numbers, as well as the number of people to be rescued, as many people were assisted by other boaters on the lake before the first responders arrived, KEYE reports.

KEYE spoke to parade organizer Pacey Chynoweth prior to the event. “In the middle of this COVID thing … this is a safe and effective way that we can socially distance ourselves. We can be in groups of ten or less,” she said.

“I think this is the silent majority, and I think this is a safe and fun way to speak, communicate and stand up for what we believe in,” said Chynoweth.

Over 8,000 people registered as participants in the parade on Facebook as of Sunday. One attendee told KEYE that she never huddled around the lake during the coronavirus pandemic.

“I don’t have a boat so I wanted to see the parade and do my best to support our president for four more years,” said Gina Bahel of Liberty Hill.

“I’m a school teacher. I think our kids should be back in school. I think COVID has been overrated,” she said. “I know people have lost loved ones, but when we look at the cases that aren’t about underlying issues, it’s not that big.” Bahel seems to have referred to it false information shared by President Trump Last month it was alleged that the vast majority of deaths from COVID-19 are due to underlying diseases.

Mr Trump retweeted a post originally shared by Twitter user “Mel Q”, a proponent of the unsubstantiated QAnon conspiracy theory that the Centers for Disease Control and Prevention “silently updated the Covid number” to reporting a small fraction of all coronavirus deaths – 6% – were “actually” a result of COVID-19. The vast majority of deaths, according to the Post, were due to “other serious illnesses”.

For months, the CDC has regularly updated its information on deaths that list COVID-19. Comorbidities, “deaths with conditions or causes in addition to COVID-19,” are common but do not negate COVID-19 as the primary cause of death.