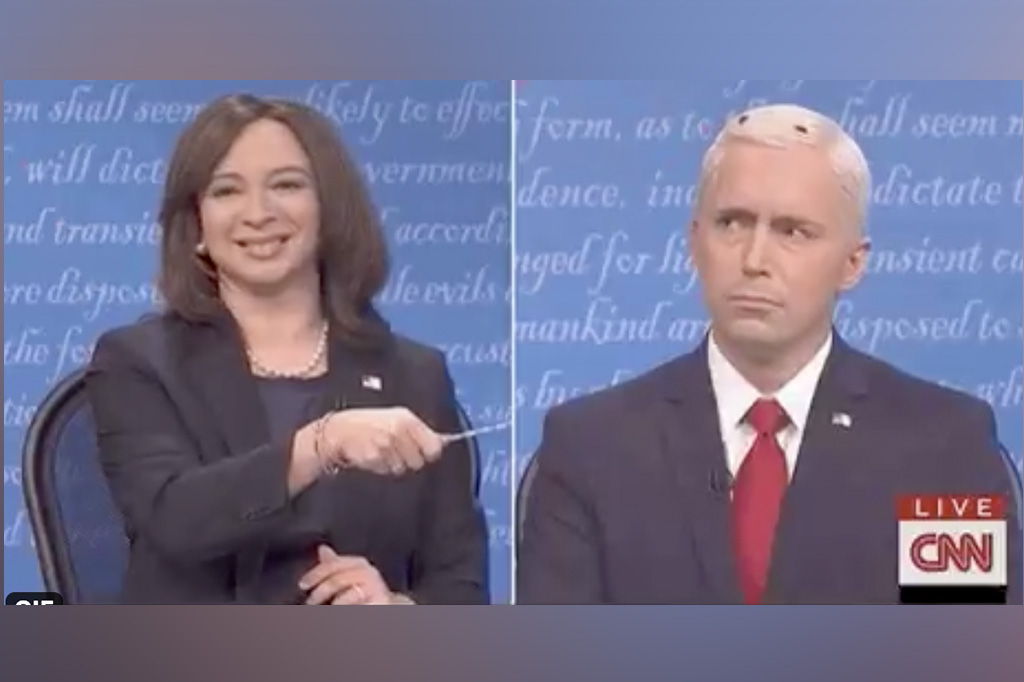 Everything went so well – right up to the fly.

After the misery of the Trump-Biden debate sketch from “Saturday Night Live” last week, the show urgently needed to improve its important political satire. We are weeks from a presidential election and this material is their lifeblood.

Well, the comedy show mostly fixed things until they fumbled the most memorable moment of the Vice Presidential debate on Wednesday: the fly.

“SNL” mysteriously thought that a funny shot of the insect perched on Mike Pence’s head and America’s HDTVs for over two minutes was a wacky science fiction story from 1986, “The Fly,” in the Joe Biden (Jim Carrey) teleported to the venue only to mix his DNA with that of a bug.

Before that weird, up-and-coming performance piece of art from the East Village in the 1

980s, the sketch had made up for last week’s clunkers. First of all, they gave the show’s best actor the presenter role: Kate McKinnon.

“I’m Susan Page, and I missed the book club for that,” she said, funny. McKinnon, as always, turned even her non-jokes into bliss.

Beck Bennett’s bone-dry pence, a political shoot of the vampire father from “Twilight,” was also made to laugh. His vice president said he loved the state of Utah, where the debate was taking place, with only one caveat. “Although their basketball team is named after my greatest fear: jazz.”

As Kamala Harris, Maya was Rudolph’s best line when she quickly freaked out after being asked about fracking.

Then a damn fly flew in.

Carrey’s gag went stupid and dumber. The actor, who received no applause, already looks weak when he stands next to “SNL” vets like Rudolph and McKinnon and plays a human-fly hybrid. He acted in a spastic way straight from “The Mask”. Biden – did you know? – is not exactly a supernova of energy these days. And even more bizarre, because there’s been an online push to let Jeff Goldblum play the pest ever since he starred on “The Fly,” Carrey made a Goldblum impression. It was an excuse that didn’t work out.

To add to the dirt, another insect appeared, played by Keenan Thompson. “I’m Herman Cain, who was reborn a goddamn fly,” he said. What?

We had a pretty good debate sketch. The writing and actors captured the essence of the night, there was no dead air, and there were some solid jokes. But as so often with “SNL” they felt compelled to collect a lot of unnecessary BS.

Immediately after this calamity, host Bill Burr gave a master class in the synthesis of a national moment.

“Did you see Rick Moranis got a sucker on the Upper West Side?” Burr said of the “Ghostbusters” actor’s recent unprovoked attack. “New York is back, baby!”