As the most popular front-end JavaScript framework, the React ecosystem is vibrant and full of useful tools and packages to incorporate into your app. We’re going to discuss some of the most useful ones here and show you how to use them.

React Devtools is a Chrome and Firefox extension that is extremely useful when debugging React applications. You can think of it like Chrome’s Item Inspector. It lets you navigate your application tree, but instead of showing HTML and CSS, it shows props and status.

You can also select items as if you were examining items with Chrome’s devtools. This can be useful when working with complex applications.

The extension also contains the React Profiler, which schedules the rendering of components and helps to avoid poor performance and “jerks” in your application.

The profiler can scan your app and display a bar graph of the most render-intensive components.

React-Router is the go-to package for managing path-based routing in your app. A new component is added, located at the top level of your app, and redirected to other components based on the url path, so you can organize everything into “container” components that represent individual pages.

The Component searches all of its children and finds a Component with a path Argument that corresponds to the specified path. If it matches, all of the child components of the are rendered and typically contain a container component for an entire page.

You can even specify paths with variables, e.g. users/:userIDthat can be called up in the subordinate component useParams().

Since React Router does all the routing itself, it’s insanely snappy for the client. This is known as a single page application or SPA. Instead of requesting new pages from a server, the client dynamically rewrites the current page. In the case of React Router, routes are created based on the URL to ensure a seamless user experience. Your users just think that your website loads instantly.

Redux is a status container for your React application. A global data store is added that you can connect to from any component, including actions and reductions that you can send to change the current status.

In reality, Redux is just a fancy wrapper for React’s context API. Context allows you to pass data to each component without manually passing props through intermediate components. While you can implement your own basic global data store fairly easily, similar to Redux, Redux has some advantages over this approach.

First off, Redux’s debugging tools are fantastic. Since the status is immutable and can only be updated through actions and reductions, time travel can be debugged. You can scroll back in time and observe how your actions affect the current status and explore your status tree with Redux Devtools. 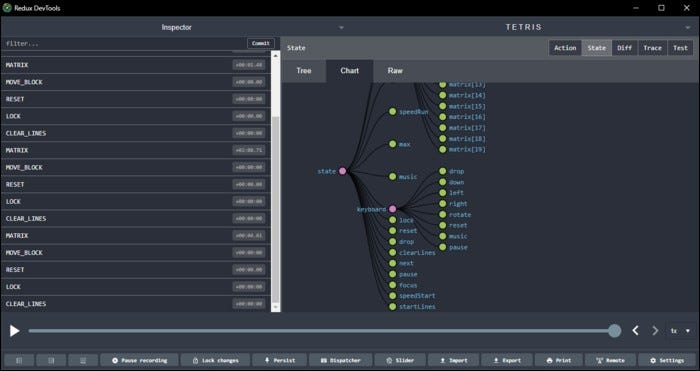 Redux can also be extended with middleware and offers a good platform for the interoperability of packages. For example, Redux Saga is a side effect model for Redux that makes it easier to work with asynchronous actions, e.g. B. Retrieving data from a database or a browser cache.

Redux also manages component updates cleanly – a single status change does not trigger a new rendering of all connected components, only those affected, which avoids unnecessary jerks.

styled-components makes working with CSS in React easier. You can simply assign all class names and style as usual, but it is not that “intelligent” and cannot be easily linked to props and status. React has its own styling system, but it uses a different syntax and is a bit clunky.

Styled Components solves this problem by writing CSS directly into a string literal and creating a new “Styled Component”. For example, you can create a button that changes color based on props.primary by replacing the background Value with a function looking up from props as follows:

You’re not limited to basic elements either – you can create crafted versions of your own components.

Bootstrap is the most popular front-end component library on the web. It offers many different components for common user interface elements like navigation bars, forms, maps, and more, so you don’t have to write them from scratch.

React Bootstrap offers the basic elements of Bootstrap as React components, which you can extend with custom designs to meet the needs of your app. Bootstrap no longer allows you to tweak the behind-the-scenes formatting such as padding, margins, flexbox and layout, so you can focus on the design and functionality of your app.

You can browse their component library here to learn more.

If your app uses a lot of components, you might be interested in a better way to manage and test them. Storybook provides a sandbox environment for building and testing UI components in isolation, as well as an easy way to manage and organize your component library as a whole. 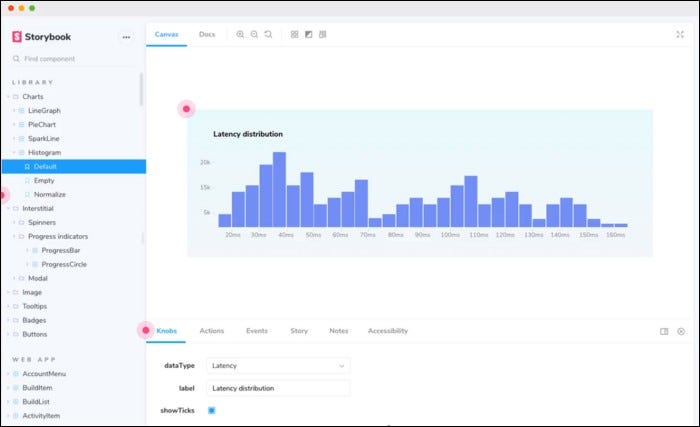 Each component can be viewed in isolation and has several “regulators” that control the data sent to it. You can even write extended documentation for the component to improve the internal usability. Of course, Storybook requires a certain amount of additional setup for each component, and writing documentation isn’t free, but for large teams with a very crowded one ./components Folders, Storybook can help organize it.

If you’d like to demonstrate how to use it, there are plenty of live demos available online from companies like IBM, Uber, and Coursera that use Storybook to manage their component libraries.

If Storybook is too much for you, you can try Styleguidist, an easy-to-manage style guide that your developers can refer to.