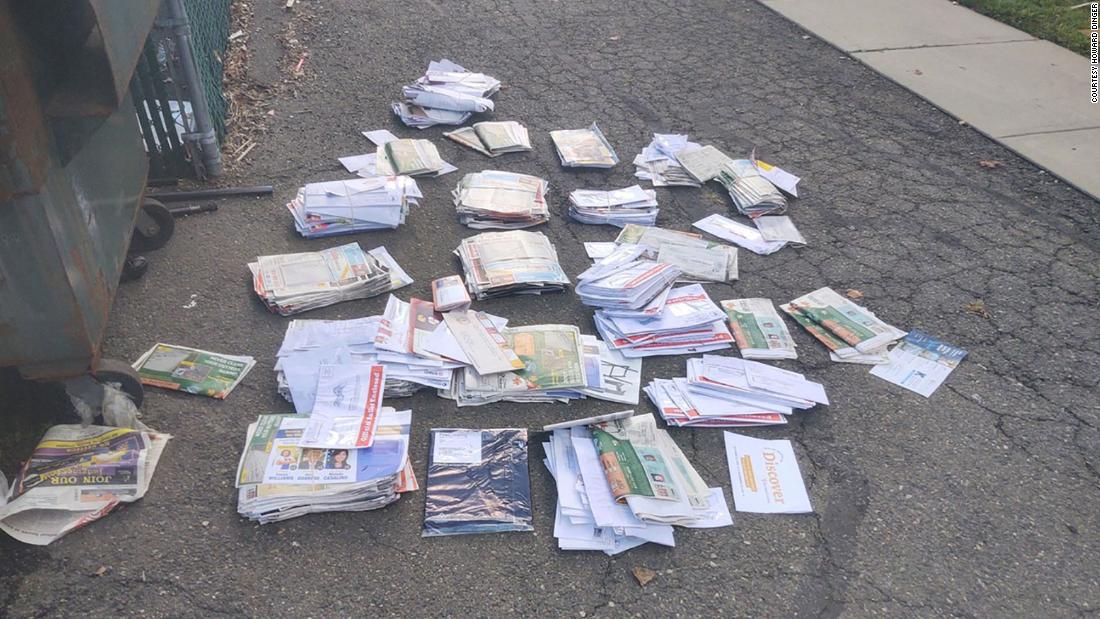 Nicholas Beauchene, 26, has been arrested and charged with delaying mail and obstruction of the mail, according to a statement by the DOJ. If found guilty on both charges, he faces up to five years and six months in prison and a fine of $ 255,000.

Court documents state that Beauchene has been working for the postal service since July. He is charged with dumping 1,875 pieces of mail in two dumpsters, one in North Arlington and one in West Orange.

The mail in the North Arlington dumpster contained 98 general election ballots; The mail found in the West Orange dumpster had a general ballot. All of the mail was eventually delivered, according to the DOJ.

Howard Dinger, a North Arlington resident, told CNN he found the mail in a North Arlington dumpster that was wrapped with rubber bands on Friday. He discovered it when he threw away his own trash. Dinger said he immediately called the police.

Beauchene will appear in federal court in Newark for the first time on Wednesday afternoon, the Justice Department said.