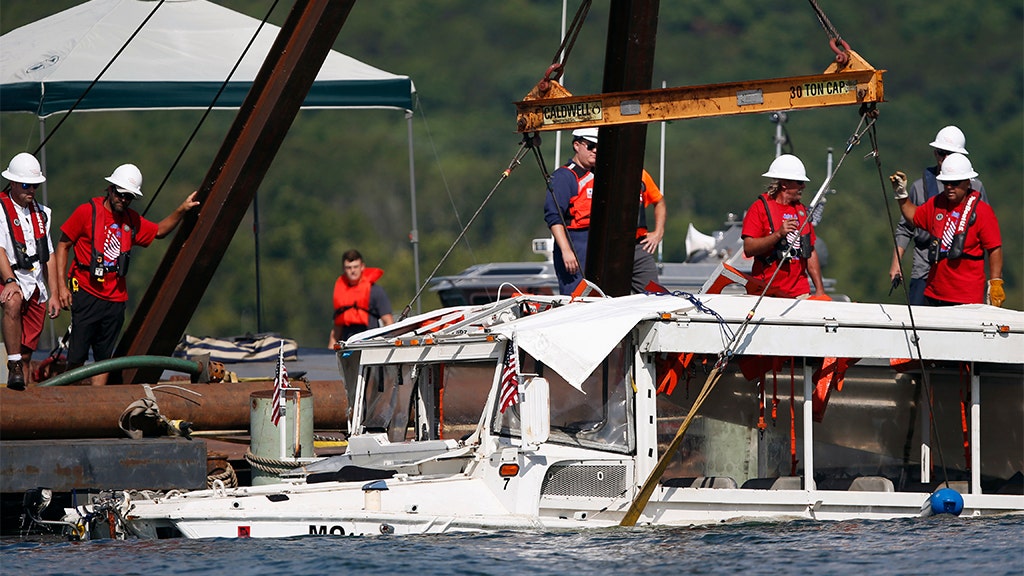 Criminal charges against a Missouri duck boat captain involved in the 2018 crash that killed 17 people could soon be dropped – as the lake is not covered by federal law.

Missouri federal judge Judge David Rush made the recommendation in a ruling Friday, saying that for technical reasons, the case should be brought to the state court instead.

He said Table Rock Lake, where one of the country’s worst boating accidents occurred, was not a “navigable waterway” under federal admiralty law.

“According to law, if defendants are to be prosecuted for the Table Rock Lake tragedy, prosecutions must come to the state, not federal courts,”

Captain Kenneth Scott McKee was accused of steering the Ride the Ducks boat onto Table Rock Lake near Branson on July 19, 2018, during a violent thunderstorm with gusts of over 100 km / h and waves of over 3 feet.

Prosecutors alleged that McKee, who had worked as a duck boat captain for 18 years, “did not properly assess the nature of the storm” and did not order passengers to wear life jackets when conditions worsened.

Thirty-one people were on board when the boat sank, killing 17 people, including nine members of the same family.

McKee, Curtis Lanham, general manager of Ride the Ducks Branson, and Charles Baltzell, duty manager, were charged on 47 cases, ranging from so-called “manslaughter of the seaman” to wrongdoing.

Rush’s recommendation has yet to be approved by the judge overseeing the case. A hearing has not been scheduled.