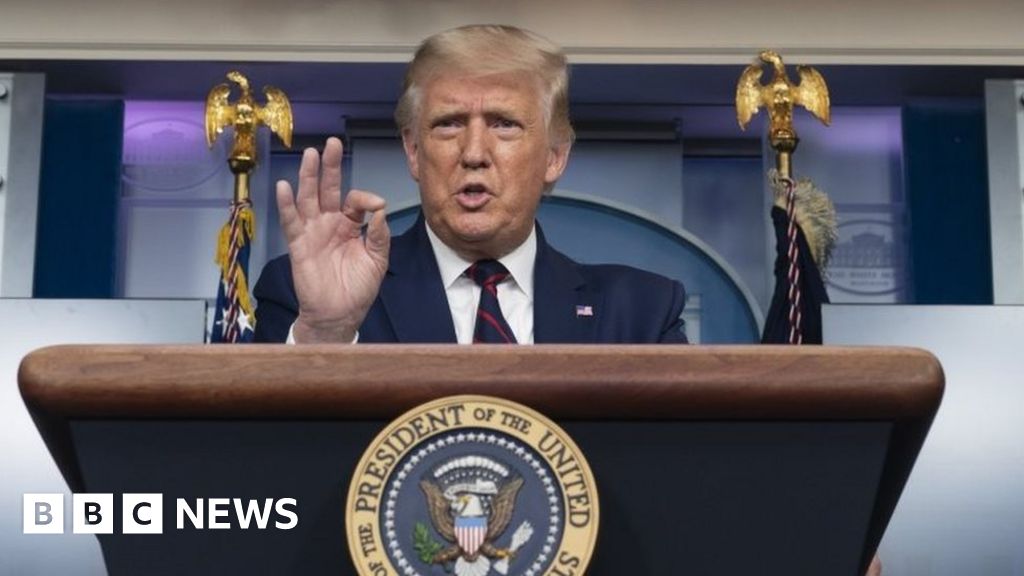 A memo to government agencies said he became aware that millions of dollars in taxpayers’ money have funded such “training”.

The document states that these meetings only encourage resentment among the workforce.

Mr Trump has previously said he doesn’t think systemic racism is a problem in the US.

The memo takes place amid the social justice protests that have gripped the nation in recent months.

Friday’s two-page document from Office of Management and Budget Director Russell Vought is addressed to the heads of federal executive departments and agencies.

The memo states: “According to press reports, staff across the executive branch had to attend training courses telling them that” virtually all whites contribute to racism “or that they” benefit from racism “” “

Again citing press reports, the text states that some of the training courses “went on to claim that racism is rooted in the belief that America is the land of opportunity or that the most qualified person should get a job.

“This type of ‘training’ not only contradicts the basic beliefs for which our nation has stood since its inception, but also leads to divisions and resentment within the federal workforce.”

It was not clear which reports Mr. Vought was referring to or what prompted the memo. However, such training has been highlighted by the Discovery Institute, a conservative, nonprofit think tank based in Seattle.

Chris Rufo, one of his research fellows, told Fox News this week that the US Treasury Department is among the federal agencies that have hired such coaches.

According to Rufo, his inquiries for public records have shown that those sessions taught staff members that whites uphold the American racism system and sent white male leaders to compulsory training courses to write apology letters to minorities.

Democratic presidential candidate Joe Biden, who will challenge Mr Trump for the White House in November, has vowed to crack down on systemic racism in his election.

“For generations, Americans who are black, tan, Native American or immigrant have not always been fully integrated into our democracy or our economy,” the former vice president said in July.