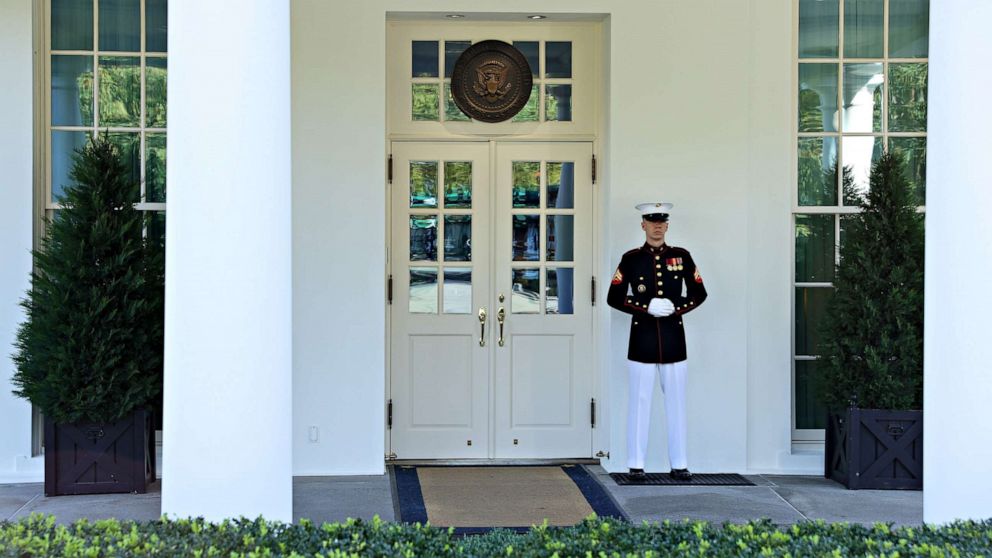 Even when President Donald Trump was still infected and contagious with the novel coronavirus, he returned to the Oval Office on Wednesday, disregarded the isolation rules and exposed employees to an increased risk.

White House Chief of Staff Mark Meadows had said earlier that day that the president was ready to return to his official presidential office – and that he wanted to do so since Tuesday – and told reporters that security arrangements would need to be put in place to achieve this the President’s request, saying that those who are in direct contact with the President at this point should “wear full PPE, masks, goggles and the like”

“If he chooses to go to the oval, we will have safety protocols there that are not only outdoors from a PPE standpoint but also from a ventilation standpoint, where we can actually work for that purpose,” said Meadows. who had previously taken off his mask when answering questions from reporters at a distance on Wednesday morning.

The President’s return to the Oval Office takes place because, according to CDC guidelines, he should observe a period of self-isolation.

The White House had set up the card room and diplomatic reception room in the White House residence as secluded work spaces for the president during his period of expected isolation after he returned to watch TV after three nights in hospital on Monday.

Some west wing workers who have remained healthy despite the recent outbreak in the ranks of the administration have resumed their work at the White House for the past few days.

The full extent of the precautions the White House claims are being taken to ensure these staff do not come into contact with the contagious president is not fully known.

A Marine was posted outside for a while Wednesday afternoon, often a sign that a President was inside.

The official told ABC News that only Meadows and Dan Scavino, the deputy chief of staff for communications who also runs Trump’s social media, had time with the president in the Oval Office’s office on Wednesday.

A spokesman said Trump would be briefed on economic talks, which he abruptly cut off Tuesday, only to tweet later on the day he was due to resume negotiations.

The president tweeted Wednesday that he had been briefed on the Hurricane Delta and spoke to the governor of the affected states, Texas GOP Governor Abbott, and Louisiana’s GOP Governor John Bel Edwards.

Earlier on Wednesday, President’s Economic Advisor Larry Kudlow said in an interview on CNBC that the President actually went to the Oval Office on Tuesday. Soon after, the White House issued a clarification stating this was not the case.

“While the President was going to be in the Oval Office yesterday, he wasn’t there – he stayed at the residence and worked from there. In the event that he wants to work out of the oval in the coming days, security preparations have been made, “said White House spokesman Ben Williamson.

Despite the fact that the president is still infected with the coronavirus and his medical team has warned that he is “not out of the woods yet,” Meadows described the president as “very healthy.”

“Yeah, he’s really fine. We actually spent some time together yesterday and worked really hard from the residence and I can tell you he’s fully engaged and feeling great, “Meadows said during an interview with FOX News on Wednesday.

The president’s doctor also issued a memorandum in which he reported at noon that the president said, “I feel great,” and had been symptom-free for 24 hours. He said the president’s vital signs and oxygen levels remained stable and within normal ranges.

Since his highly choreographed return to the White House on Monday evening, the president has not been seen publicly.

During his three-day stay at Walter Reed National Military Medical Center, the White House posted what appeared to be staged photos of the President at work in his presidential hospital suite, distributed recorded video messages from the President’s Twitter account, and at one point the President even went on a surprise trip the hospital to drive from supporters who gathered on the street outside the hospital to support the ailing presidents.

On Tuesday, the president allegedly considered addressing the nation in some form, either formally or through some other pre-recorded video message, but that never materialized.