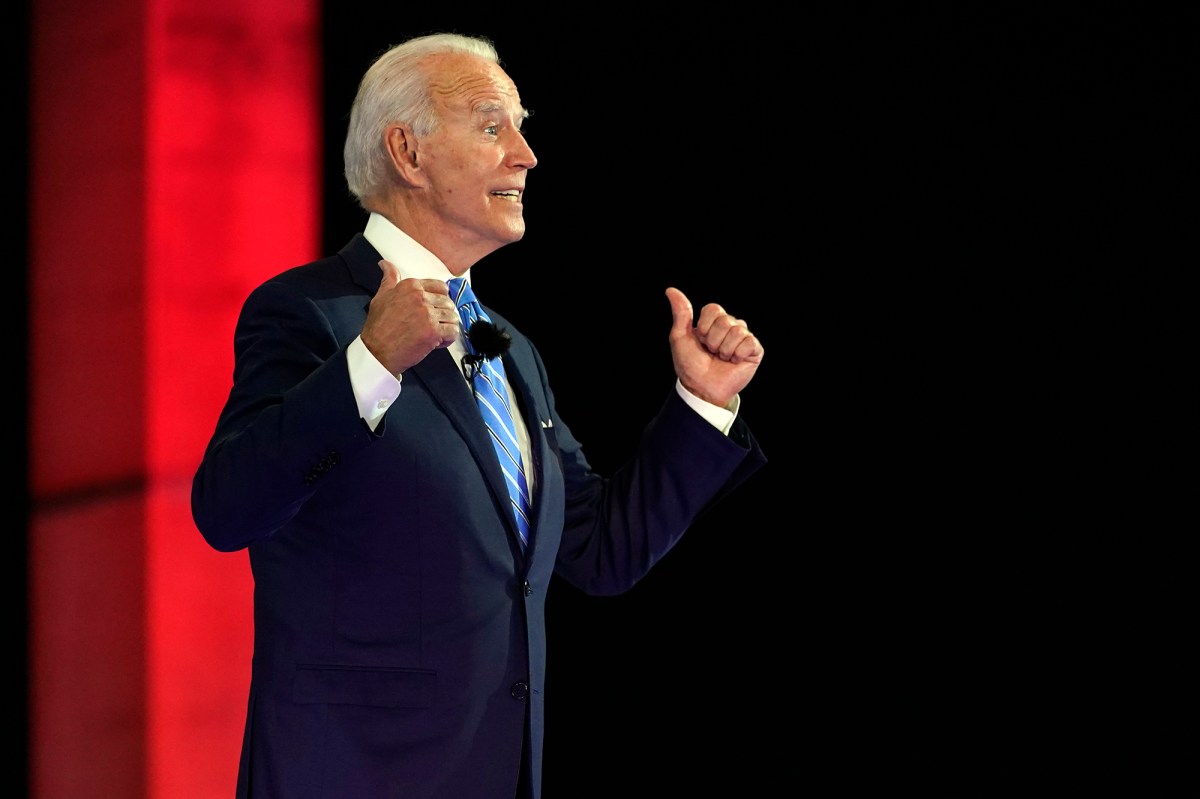 Two “undecided” voters who appeared with Joe Biden at an NBC News town hall dubbed an “infomercial” for the Democratic candidate had previously expressed support for the former MSNBC vice president, according to a report earlier.

Peter Gonzalez and Ismael Llano posed questions to the Democratic presidential candidate Monday at Miami City Hall as part of an “audience of undecided Florida voters.”

Both Gonzalez and Llano appeared on MSNBC in August to demonstrate their support for Biden, the Washington Free Beacon reported Tuesday.

“If we have four more years of Trump, good luck and good luck with a future that will attract younger voters,”

He and Llano have been identified as “voting for Biden”.

“Something that Joe Biden said during his speech that resonated with me was what defines America as a possibility,” Llano said on the same broadcast.

At City Hall, NBC News host Lester Holt said Llano “voted for Hillary Clinton four years ago but has voted for Republicans in the past.”

And Gonzalez, whose electoral history was not mentioned in City Hall, asked Biden if he was indebted to the “radical left”.

“Cuban-American and Venezuelan voters here in South Florida are being addressed by the Trump campaign with messages that a vote for Joe Biden is a vote for the radical left, socialism and even communism,” asked Gonzalez. “What can you say to the people in my family, my friends – who are understandably involved in this issue – to make them comfortable voting for Joe Biden and Kamala Harris?”

NBC has made footage of City Hall dealings with what some call a “Joe Biden advertisement”.

Marc Caputo, who wrote about Politico, said voters did not sound indecisive.

“This was a Biden-inclined crowd, if not a Biden crowd,” wrote Caputo. “So Biden had the equivalent of an hour-long info badge that played out his strengths: engaging with respectful real voters (he’s been known to blow his pile with citizens attacking him) while handing out anecdotes and one-liners that spanned decades public life arose away. “

President Trump waved City Hall as a “joke” in a tweet on Tuesday afternoon.

“Has anyone seen the absolute ‘joke’ of a town hall interview Joe Biden did with Concast @NBCNews, hosted by Lester Holt?” the president wrote.

“What a shame for our country that FREE public radio waves can be used in this way. All SOFTBALLS. A big fix. The time should be paid for by the corrupt DNC! “

NBC and MSNBC did not respond to requests for comment from the Free Beacon.